Writing and the Unwilling Hero

As the last post was a discussion about heroes (yes, I took Labor Day off), I thought it would be appropriate to make today a special discussion about a certain kind of hero writers can explore – the unwilling hero. My last entry hinted that a hero is often a reluctant role, where the main character doesn’t always jump to the call to adventure, and only takes it step by step, not racing along the path to heroism. Today we talk about those who would hear the call to adventure and curl up under their blankets. Adventure of this order is not their thing – until the blankets get pulled away. 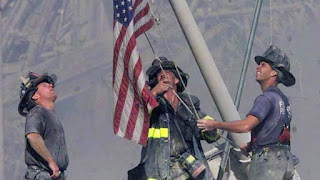 Today in particular, I think about a clear blue sky nineteen years ago, a beautiful morning full of promise and not the slightest hint of what was about to happen. Did anyone going to work that morning thinking that particular September 11th would be etched into history? Doubtful. Rather, disaster came to them whether they were prepared or not. Many people changed from just employees going through another Tuesday at work to someone evacuating their office, applying first aid to someone they’ve never even met, perhaps even pulling someone out of harm’s way at the last moment. They became heroes without even knowing it.

The unwilling hero is not, by their nature, a selfish character. The unwilling hero is someone who is minding their own business when the call to adventure is forced upon them. As the saying goes, some heroes march off to war, others are drafted – but both are heroes nevertheless. This is a more dramatic version of the hero’s journey, as it pushes them onto an adventure they do not want to take. In this regard, there should be internal conflict as well as whatever external forces move them along. There should be the “I want to go home” urge fighting with them, the impulse for flight rather than fight.

The journey of the unwilling hero becomes two stories – the external conflict forcing them along and the growth of the hero into someone who can accept what has happened. These are unusual heroes in that their growth is, at first, not instinctive. They are not the noble first responders running toward trouble while others run away – they are very much among the crowd running away. It is an outside force that trips them up, sends them into harm’s way. As they try to escape, they discover the path toward heroism. They can choose to run away, but in true hero form, they take that one step toward a new direction.

The most difficult part of writing the unwilling hero is eventually giving the protagonist a reasonable choice. The hero’s journey is a path, not a railroad track, and at some point, they have to make the decision to answer that call and take the step they may never have dreamed possible early in the story. People drafted into the military are forced along this railroad path for a while, but eventually they get that choice to hide or fight, to take cover or risk everything for their buddies, and they find their moment of heroism. This is what makes this hero type such a satisfying character to read – their growth arc is clear and distinct, and its completion resonates with the reader.

Today we remember not just all those who died nineteen years ago, but also those who became heroes and changed of the world for the better – often losing their life in the process. As people, we should never forget these heroes. As writers, we should commemorate them with our words.

Posted by James Pressler at 10:28 AM No comments:

How To Write A Hero

When I was a kid, I would get together with my friends and play Cops and Robbers, or Army, or some other Us and Them game, and guess what? Everyone wanted to be the good guy. Being the villain sucked.  We all love heroes. That’s just how people roll – we are drawn to people who take on the big challenge, defying insurmountable odds in pursuit of some goal that we can all agree is the best alternative. Look at the popularity of comic books (not to mention the staggering success of all the Marvel movies) and its easy to see how the love of heroes knows no bounds. 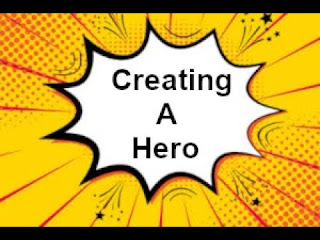 Writing a hero is easy – the tough part is creating a hero.

Heroes all start somewhere – this is often referred to as “the origin story” – where the person rises to the occasion they are presented. This is critical to the story because the reader should be able to relate to the character before they become a hero. This way, the reader associates themselves with this average character, then as the story takes that person on the hero’s journey, the reader takes that journey as well. In a way, the reader feels as if they are able to grow in much the same way. The more the reader connects to that character before the journey begins, the more they will enjoy the adventure.

It’s easy to think that everyone wants to be a hero, but there are challenges that show up immediately. So let’s look at some of the things that the average character should have to experience to make them connect with the reader. These may not seem obvious, but once we discuss them a little, we see why they are important elements in our character’s growth.

Change. As much as we might think our life is boring or non-heroic, the familiarity is comforting. People are creatures of routine, and readers can relate to that. So what happens if the character living his simple life is suddenly prompted to go to Kuala Lumpur (often referred to as the "Call to Action")? Well, after they look it up on Wikipedia, they might be hesitant to just up and travel across the globe. It’s a different world entirely, unfamiliar in every regard. This is when the character chooses to break away from the ordinary and take on a new experience – possibly very reluctantly – in the name of adventure. This is when the hero starts forming.

Resistance. Whenever we face a challenge, it’s easy to avoid it through simple excuses. We resist change naturally. In the Kuala Lumpur example, would the first response be, “Well, who would water my plants?” “I really should stay close to home,” or “Could I just go to Cleveland instead?” This reluctance is felt by most everyone, and overcoming this resistance is another thing that makes a hero.

That first step. Think of the first time you took a bold step into the unknown – going to a new school, taking a new job, asking someone on a date. Maybe those moments seem fairly mundane in hindsight, but when we explore the moment as it happened, we can find the moments that made us brave – even if we did not realize it in the first place. Showing the reader those little elements – the tension, the nervousness, the tightness in our chest as we tried to look relaxed and in the moment – and the reader will feel those moments in themselves. They will engage with the character that much more; they will find parts of themselves in that character, and they will turn the pages trying to discover more common points.

There is no one defined path to becoming the hero. Our character may very well become the hero the reader wants yet still feel he is not the person he should be. The person they ultimately become may not be the person they set out to be. Sometimes, the truest sign of a hero is realizing all of his faults and deciding to be a better person. There are a lot of ways for the hero to exist, but the origin story should always carry the same elements. Then we can write a story with a character the reader is attached to – let the adventure begin!

Posted by James Pressler at 12:59 PM No comments: