Reality Versus the Character

Anyone who knows me knows that my favorite cocktail is gin and tonic. It goes beyond just enjoying the drink; the history of gin is an obsession. Given the opportunity, I will talk about the origins of juniper wine, the Gin Riots in England, and how the need to administer quinine to British troops stationed in malaria zones gave rise to the infamous gin and tonic. To me, this is part of my knowledge base, so don’t get me started about the difference between London Dry versus aromatic gin. 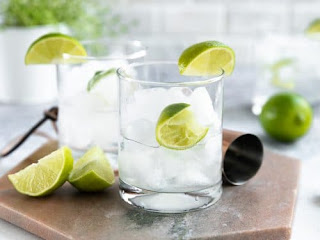 As a writer, however, I have to remember that my characters likely neither know nor care about gin the way I do. If I talked to my characters about gin, they would probably leave the page. The rules of gin would still apply, but they would likely not affect the characters.

This is where we have to delineate between what we know as writers, what our characters know, and the space between.

At a very interesting meeting of the writing group, WriteOn Joliet, we had a few engaging discussions about these very boundaries. Writers had done extensive research into the facts underlying their stories, and the results were satisfying narratives. However, one question would always come up as a point of clarity. People would ask, “That’s factually accurate, but does the character know that?” A weird question, but one with a lot of value.

Here’s a simple question: What percentage of the world’s tiger population lives in Africa? The overwhelming majority of people answer between 30-80%. The real answer is zero. Tigers are not native to Africa, but most people believe some are. So now that you know this fact, ask yourself – does your character know this? The truth is known by a minority of people, so if your character is one, how did they get this bit of wisdom? And will your readers think differently of the character because of this additional knowledge?

I spent more years than I care to admit working in economics. Yes, economics – a career often described as a job for businesspeople who can’t handle the fast pace of accounting. During those many years, I learned the nitty-gritty of incentives, the lead and lag of supply and demand triggers, policy responses, interest rate moves, and so on (I can hear you dozing off already). This professional education changed my view of the world, which was for the better, but was the same information helpful for my characters? Was it even appropriate?

Any character we create will, by their very nature, contain pieces of ourselves. Whether we are writing a fictionalized version of us or creating something altogether different, some of their blood will be ours. What makes those characters become believable, three-dimensional personalities is when we understand everything that they know and don’t know. Once we learn their boundaries, their limits, their strengths and especially their weaknesses, it will show up in our writing. When we learn how they differ from us, they become more fascinating to write about. However, good fiction demands that this character has its own life, not just a projection of ours onto paper.

There’s an exercise I always recommend that helps the writer understand a particular character. I call it “Walking in their Skin.” It’s very simple. Start writing about the character in the simplest social environment – going to the store, walking past a park, having a drink at a bar. And as you write, think about the little things. What store would the character go to? Does the character prefer fresh produce or frozen food? Do they walk in, get their stuff, then go through the express line and leave, or do they look around? Then ask yourself why they do that. Have the character think aloud about those things. Write a narrative of their thought process. Challenge the character to explain their habits. Make them justify every action. This is an exercise so it doesn’t have to be good storytelling. It just has to test all the things you know about the character.

Once you’ve done that, look at the piece and ask yourself whether the character is a unique being or just a projection of yourself. To be clear, there’s nothing wrong with a character being a lot like you, as long as those mannerisms fit the story. If the story works with the character, that’s great. But if there’s a mismatch, be open to some change. If I wanted to write about a young, brash, naïve man stepping into the big city, I would not want him to carry the economic tools I picked up over the decades – it wouldn’t do the story justice.

The other trick I use to remind myself about the character being different from me is to insert specific quirks that I personally would never do. As a lifelong Chicagoan, I have deep-seated issues about putting ketchup on a hotdog – so that becomes my character’s favorite thing. The character might also have conflicting political leanings, religious beliefs, or any other number of differences. This forces me as a writer to really feel out that character and understand them on their own terms rather than interpretations of myself.

Admittedly, I have written a fair share of characters based on myself, and a few alter-egos walk about the pages of some as-of-yet unpublished manuscripts. I mix up some of the traits, but anyone who knows me can identify those details in the character that come straight from my psychological DNA. And not surprisingly, all those alter-egos drink gin and tonic.