Back in my days as an economist, my writing habits were - to put it simply - economical. Whatever we wrote would serve many purposes. Our policy was that any work should be used at least three times. A market piece would become an editorial or a commentary, and later feed into a report. A report to satisfy the regulators would also go to our counterparty managers, then to our subcustodian network people. As boring as this sounds, it meant getting as much mileage out of our work as possible. We should do that with the way we write as well. 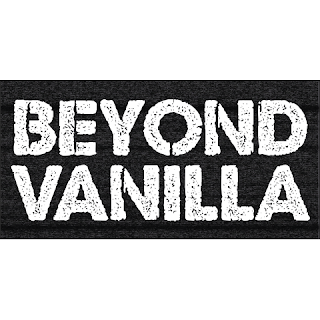 Let's look at a simple sentence starting off a story: "I entered a dark room." The information going forward is basic: There's a room, it is dark, and I am now in it. A pretty vanilla sentence - not even French vanilla. Enough information to move forward, but there's not a lot of flavor in this ice cream, is there? The words don't have the power to carry forth any more interest than just what is there. They lack the oomph factor, so to speak, that makes writing stand out. Little tweaks can give it some oomph.

We'll start with the verb - "entered." Very vanilla. Just a plain old verb getting us into the room, and maybe that's enough. However, can we get more work out of it. First, is there information to be added that can help express the mood? Action stories might prefer something more aggressive such as "leapt," "ran," or "burst" to get the blood flowing, or "crept," "sneaked," or "eased" to build tension.

To be fair, "entered" might still be the verb of choice and that's not bad because it explains the action. We should then consider whether to use an adverb (which modifies the verb) to inform about the character's motives or intention. By entering the room eagerly, cautiously, or hesitantly, the description gives us a hint about the character's approach to this dark room. By adding one word, we create a whole new dimension, and "I bravely entered the dark room" tells us not just about the action but perhaps the person, and possibly about the room as well.

Oh yeah - the room. It's dark. Another very vanilla word that might just be enough to do the job, but let's explore, shall we? Dark is a common adjective (describing the noun), so we could do the same tricks we did with the adverbs. However, metaphors and simile might also be used, and again, maybe to go beyond just showing how dark the room is.

"I entered a room dark as a crypt." Well now we've shifted the mood by incorporating ideas of tombs and crypts, and a little intensity sneaks in. Keep in mind that this may ruin a fast-paced action piece - remember our adjectives? "I leapt into a room dark as a crypt" throws some mixed mood around, while "I cautiously sneaked into a room dark as a crypt" really tightens the focus to the mood. And don't forget to hone in on the character if possible. "I cautiously sneaked in a room as dark as my heart." Holy crap, that tells us something about the character that changes our opinion about him and what he might be doing sneaking around that dark room.

This kind of writing is economical in that not a lot of words are used, but we really escape from that vanilla range. Some call it economical, but I prefer high-powered because that's what the story becomes as your writing gains this quality. And hopefully, you will be writing more than reports for some executive VP - but it works with those too.
Posted by James Pressler at 12:14 PM