I can't say this one enough but I need to say it now and then - the most important part of being a writer is writing. Now and then, I add to this that this next most important part is reading. Writers learn plenty from nourishing themselves with other styles and techniques, approaches, openings and wrap-ups. I don't know a writer who isn't well-read, and there's a good reason for that. 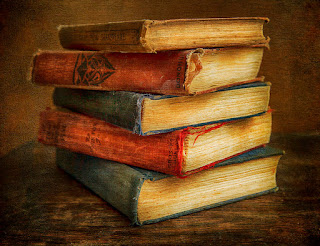 Now I would like to add a third qualifier to important things a writer will do, and that is listening. Particularly, listening to other stories. You may think this is the same as reading stories, but you'd be mistaken. We learn about structure and layout from the written stories, but other people teach us about voice and presentation, about mood and presence. These elements are crucial to any good written story, but we learn about them from storytelling.

The storyteller on my father's side of our family was Uncle Thurman. Having grown up in the Great Depression and fought his way through the Pacific during World War Two, he had a wealth of stories to tell, not to mention everything that happened after he came home in 1945 and established the rest of his life. The more relatable stories came from his career, family, friends, and just the daily routine from the place he called home, and he told each one with a devotion to making it come to life. He was regularly requested to tell the story about trying to get an extra egg out of the chicken, and he never failed to please.

One side note - a part of Thurman's ability to tell stories came from his passion for the old radio shows of the Forties and Fifties. They presented each story without the benefit of pictures or even hand gestures and facial expressions, so they had to create a world simply with the voice. He followed them religiously, and they became an important tool in his ability to tell a story better than anyone else.

It was about fifteen years ago that he started talking about his experiences during the war, and crafting them as stories rather than a few details of where he was and when he was there. Maybe there was a reason for this that I will never know, but as a storyteller he needed to express these parts of him after a long silence. I listened. I learned - about him and about how to reveal a world that most people could never understand. Needless to say, these stories had a different mood than the one with the chicken, but as a storyteller, he could recreate his tour through the Philippines to where we could feel the fear in the air.

Uncle Thurman died yesterday at the age of 95 from COVID-19. The man survived a world war, but this was just too much. Fortunately, he told us his life (or at least the parts he would admit to) and those stories will remain just as much of a legacy as his children, grandchildren and great-grandchildren who sat around him, listening attentively.

I was just a nephew, but I listened too. Maybe some days I will write down his stories, but more than likely I will just use his techniques to tell the stories with the kind of passion he did. Except for the one with the chicken. That one's just tough to explain.

Posted by James Pressler at 3:22 PM