Yes, this post is long overdue. I've spent a lot of time talking about what we should and shouldn't look for, and ways to approach criticism. Well, now it's time for us writers to step up and figure out what we need to do if we want to critique properly. It's not as easy as one might think, but it gets easier with practice. 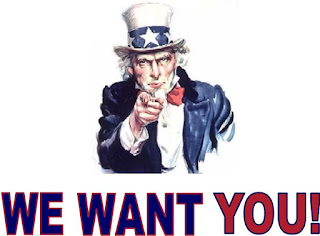 A quick disclaimer: If you do not consider yourself a great writer, this hardly excludes you from critiquing someone's work. Sometimes it actually helps. The important part is that you address what the writer wants and needs, and keep to the point.

Incidentally, that note just gave away what we all should recognize as the first step of being a critic for someone: Ask them what they want. Do they want ideas and story notes, or are they looking for how you, as a reader, respond to the events? If someone says, "Read this and tell me what you think," then your job as a critic is very simple - just follow orders. You probably won't even need a pen; just read and respond. The important part, however, is that you should get a sense of direction from the writer, and target your thoughts around that point. If they want a broad overview, then ignore the grammar and spelling errors. If they are looking for character development, key in on their growth arcs and not the world-building around it. Be the critic the writer asks for, and better yet, make them ask for a critic.

Also worth noting is during your analysis, feel free to take off your writer's hat. Unless the request is, "How would you write something like this?" you are pretty much free and clear of being a writer for a while. The best input you can provide is usually as a consumer of the written word, and you don't have to be a writer to provide that information. Set aside how you would create the story, and be there for the other person. Think about how they are creating something and whether or not it works for you, the reader, but set aside your own ego.

On that note, I implore you to put aside any personal judgmental considerations. If you are an atheist and the main character is religious, do your best to separate yourself from criticizing that character for not agreeing with you. It's a character - get over it. Unless the writer wants to know how a story matches your religious, political, or social beliefs, you would be best to just set those aside and critique the writing on its own merits. If it helps, say, "I can't say I agree with the character's beliefs..." but then get to a discussion of actual content.

And on a last note, it always helps to be constructive. "This character was one-dimensional," is a legitimate criticism but not very helpful. Rather, a constructive approach would be, "This character needs more opportunity to have depth and substance." If you feel there are specific opportunities to do this, point them out, but don't become the writer. A good critique should be a guidepost to a better story.

Personally, I also find that being a critic is a great cure for writer's block. If I ever get stuck and have no idea what to write, I just read other peoples' works with a critical eye. At some point my mind either says, "I could do that better," and I try writing something better, or I see a technique and say, "That's cool - let me try writing like that."

It's not difficult once you get used to it. Kind of like writing a blog, and you'd be surprised how that evolves from simple commentary to something much greater (my explanation comes this Friday).

Posted by James Pressler at 1:36 PM