We’ve all been there. It’s a rite of passage. That point where the words don’t show up. Maybe we have no idea how to even start our project, perhaps it’s at a point where our mind has no idea how to continue to the next idea, or sometimes we just don’t feel the words anymore. The creative process stumbles to a halt, and writers such as ourselves can no longer do the one task we need to do – write. 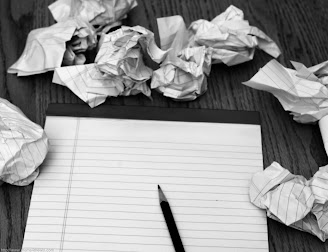 Everyone has their special way to get rid of writer’s block, like a cure for the hiccups. And like those cures, they usually only work for the person who made it up. I have my own tricks as well, and they likely only work for me so I won’t offer them as some sage advice. What I will offer, though, are some common themes on what might cause writer’s block, and some exercises to get past them.

First, writer’s block is not the same as not being able to write another word after four hours of typing. That’s called mental exhaustion. Take a break. Go for a walk. Crush some candy. You’ve earned it after that much work. No, mental exhaustion is a different creature, and should be handled in a different manner.

“I can’t write anything because I don’t even know how to start this.”

If we don’t know how to start our project, the problem could be that we don’t understand exactly what we are writing. Maybe we want to write a story but only have an idea. We might know the events but have no plot, or have a plot without events. At that point, it is worth taking a little time to figure out the first few questions about the project. Why are you writing it? What is it about? What should the reader gain from reading this? Hopefully, this develops an understanding of the situation and informs about just how it should start.

“I’m not sure what this character would do next.”

I learned this technique called “Walking in their Skin” to help solve this issue. To do this, write a separate piece about that character as they do a simple, menial task. Walking to the store. Eating a meal. Sitting in the park. Try to think about that character’s little observations. Thought processes. What would draw their eye or distract their attention. To know what a character does, we first have to know about that character from the inside. Once we know that, we know their favorite ice cream flavor, and we know what they will do next.


"I don't know the right way to say what happens."

Yes you do. This can often be a case of thinking so much about how to say something that we forget why that something is important. We can get lost in those thoughts to where we are not being a writer. When we write, we don't have to say things the right way. We just have to say them; we can perfect them later. If we give ourselves permission to get through it now, we can fix it once we know what we really want to say. If that's too difficult to do at that moment, we might want to consider if our problem is one of the earlier ones in disguise.

The good thing about writer's block is that it is a rite of passage. It will happen. When it does, it gives you the opportunity to find a cure for your personal case. You can learn a technique that gets you through it, which makes you that much more of a writer. You can even offer it as advice to other people when they are bogged down in words as well.

And when you are at a total loss? Well, those candies won't crush themselves.
Posted by James Pressler at 11:59 AM