The other day, I drove by the house where I did most of my growing up. The changes were modest – some new paint, flowers replacing our old bushes by the front window, a clean concrete driveway; nothing dramatic considering the decades that had passed since I called it home. No major additions, no bold transformations, just that same old split-level, three-bedroom house with all the trees in back. So why did it look so different? 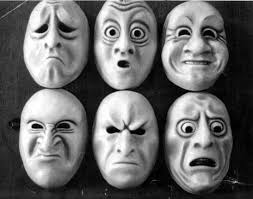 The most obvious change is that it looked smaller. Obviously, it hadn’t shrunk in the thirty-odd years since I moved out. Rather, I had grown. Not just taller, but more aware of the world’s relation to that house. I learned how most houses in the suburbs had gutters, yet ours didn’t. I will never know if my parents chose to ignore them or couldn’t afford them. All I know is we had water-worn grooves in the lawn below the eaves, an autumn rain leaving a moat around our house. I never cared as a kid. Now it stands out.

The proudest feature of my house was the assortment of trees out back. Between the house and the back hedges, our private forest rose high above the house, competing for dominance on the suburban horizon. From the highest part of the tallest tree, I could see our entire suburb and even beyond, a reminder of the vast world ready to be explored once I escaped the tensions inside our house. Back then, those trees and tall hedges protected me from the world. Now I wonder if they were trying to protect the world from all the troubles we went through growing up.

This little description about a house, gutters, and trees has created a sensory framework for a place you likely have never seen. Some little visual cues have been thrown in to start off the process, then the details come in not with color and shape, but with feelings and emotional prompts. In fact, this description lacks description. The reader, however, creates a very detailed scene from those few cues.

Any scene we want to describe and any mood we want to create should be guided by our descriptive focus. If a mood is to be nostalgic, then it is important to describe how things have changed, and perhaps have been lost. If that nostalgia is a happy recollection, the adjectives can be brighter, jumpier, happier; switch that direction for a sense of dread or tension.

In the above paragraphs about my house I didn’t make any references to colors, but I am sure the mental image created by the reader filled in those blanks. Grass and trees are green, so that appeared. Concrete has its own look, so no need to explain there. As for the house, flowers, etc., everyone has their own color for a house, so their mental image becomes color-by-numbers. Chances are the reader’s mental house won’t match the color in my mind, but it will have a color, and that’s the most important part.

Details are not as important as we give them credit for. In the 19th century, some authors had an irritating habit of describing with brutally meticulous detail every nook and cranny of a scene, even when the details had no connection to the plot. Nathaniel Hawthorne’s The House of the Seven Gables used this technique to such an extent that someone could probably reconstruct the entire house and all seven gables from just his narrative. And while the attention to detail was impressive, the reading could be boring. Many authors used this technique simply because they were paid by the word, but it became fashionable and a real trial to read.

So for now, focus on the important details. If you describe a house, is the color important? Is the color a factor in the plot? Can the color be described in a way that enhances the mood of the scene? If it’s just some irrelevant color, don’t spend time on it. Don’t discuss the window locations if they aren’t relevant or exceptional. Now, if the house is painted electric blue and has no windows, that’s clearly worth mentioning because it’s so exceptional. But unless there’s relevance, let the reader use their pallet to fill in those colors, and give them the details they need to know.

And my house was painted olive drab, dark like a worn-out GI’s jacket after he came back from liberating Europe during World War Two. But that detail wasn’t important to the story.

Posted by James Pressler at 1:37 PM