A fellow writer presented me with a very interesting question about character description: “Should I always mention the color of the character’s skin?” A simple question but with a lot of deep subtext, so I decided to discuss it here.

The simplest answer to that question is yes… and no, and often but sometimes maybe and other times not. 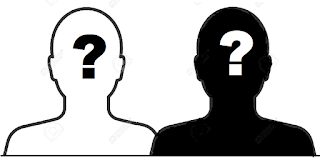 Skin color and race are very important parts of the literary genre, and more than just as a means to an end (read Ralph Ellison’s Invisible Man to see a great exploration of race without being socially preachy.) But offering flexibility on the matter brings us into immediate conflict with the idea that the characters should be constructs of the reader just as much as the writer. Should race be defined as a part of that construct?

Perhaps it’s beneficial to first tease out some of the obvious scenarios from the main topic. If race is a key source of tension throughout the story, then description is mandatory and should be reinforced. If a character’s race is an important part of their situation – living in a new and different culture, experiencing things as an outsider, or merely the struggle to fit in to a new world – then not only is it important, but the contrast between that character and others is also a priority. Those are the easy cases.

In The Book of Cain (self-promotion), I was very deliberate in offering racial cues to describe Cain, but only to set him apart from the rest of his environment. His details were ambiguous to any particular race – fair skinned, black hair with an uneven wave, eyes matching his skin – and only tell the reader that he is different. However the reader defines him is now their decision. The only thing they know for sure is that he is not like everyone else, or anyone else.

Now that we’ve cleared the easy hurdle of using race for obvious purpose, things get a little tricky. Race and skin color become more nuanced, and the writer must consider whether they are important factors in the story. In the real world, few things are more personal than one’s race, but if it does not play a role in the story, is it worth mentioning? If the story is about a kid on a dock trying to reel in a big catfish, does the kid’s race matter? The struggle of boy versus fish is understood across the racial spectrum.

When the story goes beyond a catfish to social interaction, things can be as easy or as difficult as the writer wishes, but there is no hard-and-fast rule. If we have a story involving three characters discussing the weather, maybe it makes no difference. Now, if they talk about sports, perhaps arguing over who was the best baseball player ever, does race become a part of their decision? Is it necessary? Do the characters bias their pick based on their own race, or think other people are biased in their decision? If the debate is between Roberto Clemente, Barry Bonds, and Mickey Mantle, do those choices correlate with the people in the debate? Or is that even important? The writer makes this decision, but needs to be aware that this can play a role in how the reader interprets the story – whether the writer intends it to be a factor or not.

As the writer makes this decision, they must keep in mind those things the reader may assume before reading the first word. Readers tend to imagine characters based on their own traits unless otherwise prompted, and often build them around the author’s identity as well. This works out fine in most cases, and rarely disrupts a story. Neutral racial descriptions allow the most readers to identify closely with the characters, though there is an argument to be made that this kind of compromise can take away some of the story’s depth of character.

In the astounding American Gods, author Neil Gaiman took a very clever descriptive liberty. The main character, Shadow, is very engaging and relatable, with qualities that make him very enjoyable to read. It’s only well into the book that we realize he’s black, and by that time we have invested ourselves into Shadow’s personality rather than any racial qualities. For any readers who imagined Shadow as looking like British-born Mr. Gaiman, well… surprise.

Also, I cannot do this post without firm recognition to the groundbreaking work of Ezra Jack Keats' The Snowy Day. The simple story of Peter in this children's picture book takes this discussion to a whole new level, and I feel it is assigned reading when children are first entering their picture-book stage.

While race always has the potential to bring controversy to a story, it is ultimately the writer’s call on including it. There is no clear-cut answer as to what is appropriate, or whether the relative importance of a character’s race should determine if it is or isn’t included. There could be an entire post discussing the political correctness or social justice of emphasizing race (there won’t be one.) And in the end, it would still be the writer’s decision.

How did I answer that writer’s question? “Write about what you feel is important – for the story and for you. If the story requires racial definition, that’s fine. If you want to include it, that’s fine too. Just be mindful of the route you choose.”

I think that last part could be a life lesson too.