“It’s better than half the crap I’ve read.”
– The first critique I ever received

When we first realize how much we like writing, we become literary juggernauts. We are unstoppable in our ability to generate poems, prose, and narrative. Our ability feels limitless, our capacity to create is as endless as our desire to keep on writing. 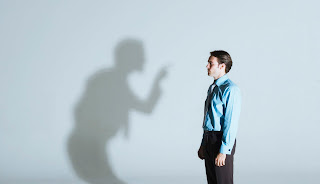 We usually float back to Earth about two seconds after we receive our first critical appraisal, and we land with a hard thud. It’s hard to stand up after that first critique.

If we want to continue to be writers, this is where we have to stand up, dust ourselves off, put an icepack on our bruised ego, and try again. Our impulses might tell us that the best way to avoid another critical beating is to stop creating stuff to be critiqued. Perfectly natural, but not very helpful if we want to refine our craft. Rather, we need to find a way to not get beaten so badly next time. We need to learn from our mistakes, and apply those lessons to our next piece.

I can hear the response now – “Learn from our mistakes? That’s your big piece of advice? I’m not a six-year-old watching the Care Bears – I need something I can use as a grown-up!” My response is always a reminder that grown-ups are the least-likely to learn from their mistakes because they are more likely to think they know it all. That little fallacy prevents people from really developing anything other than a sizeable ego.

When we are incredibly interested in doing something, part of our passion should be directed toward trying things out then figuring out whether or not they worked. We should be very open to what others have to say, because at the end of the day, the one thing everyone else has in common that you don’t is that they are seeing your work strictly as a reader. They are your audience, so anything they say has the potential to move you forward in your writing career – if you let it.

One thing I always try to promote in my writing workshops is discussion. When someone reads a piece, I want to make sure people offer input that the writer can take in and possibly build from. The most important thing that can be offered is what message they “got” from the piece. If a listener says, “I didn’t get it,” then that’s a pretty important review. It doesn’t mean the written piece was bad or wrong, but rather it is the opportunity for the writer and the audience to engage in a discussion. Maybe the message wasn’t communicated clearly, or maybe the style just wasn’t something the audience would get into. Perhaps nothing really jumped off the page – it wasn’t wrong, but nothing was really great about it either. With some good discussion, all parties involved can take away a little something that builds on their work.

While feedback is important in building a writer’s skills, there are some do’s and don’ts for critiquing:


Last and most important, most criticisms are advisory in nature. Grammar and spelling aren’t criticisms, they’re corrections. All other matters should be at least thought about before being dismissed. If one person in a group doesn’t like a particular style but the rest do, maybe that’s okay. If not everyone agrees about an appropriate level of profanity, well, that happens. But as we take our beatings from critique after critique, we should first ask of any comment, “What can I learn from this?” Everything in that answer makes us a better writer, and in the end, that’s all that counts.
Posted by James Pressler at 2:08 PM