The Serious Business of Writing Humor

People have their own preferences, but in my opinion there is nothing more difficult than writing humor. The act of writing a joke is brutal and uncompromising, and requires a high volume of failure before even one laugh is available. For something that is supposed to be entertaining, writing humor is no joke. 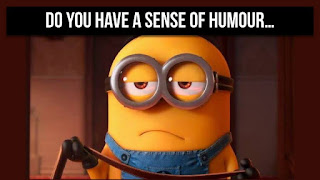 And if writing jokes is difficult, it is even worse to read other people’s works or see their performances and watch it come off so effortless, so easy. Great humor flows very naturally, but the work put into it is enormous. There are obvious exceptions – a rare few great comedians and authors were born with a very natural rhythm that made their very existence amusing. However, if you are not Terry Pratchett or Douglas Adams, it might help to exercise those skills needed to write humor.

First and foremost, humor is about the unexpected; that turn of a phrase or event that breaks from the pattern in an amusing direction. We all basically understand this premise, but when we write, we follow a structured path. We move along story arcs, plot development, and the flow of the narrative. Humor is the opposite of this, so sometimes we need to deliberately stretch our mind in a different way and force ourselves to move outside of the expected path.

Here are some simple exercises that are worth trying to move outside the familiar. The first is a simple one – proverbs. Find a list of familiar proverbs – a Google search of “list of proverbs” should do just fine. Pick out the most familiar ones, the ones you know the best, and make a list out of them. Then, for each one, rewrite the meaningful part into something different, preferably into something having nothing to do with the original. Then do this again and again and again – ten times if you can. An example is, “A man without vices is a man without virtues.” (paraphrased from Abraham Lincoln). This can now be rewritten as, “A man without vices… “
… is not a man
… did not do it right
… always wants to borrow my vice
… does not work for the government
… should never plan the bachelor party
And so on…

They won’t all be winners – that’s not the purpose. The purpose is to stretch beyond expectations and write an original ending. Doing this exercise will be a strain at first – like any good workout – but eventually they develop the muscles needed to step beyond the expected.

Another part of humor is taking it far enough to be funny. When people first experiment with new styles, techniques, and so forth, it is often by dipping a toe in the waters of the new adventure, and pressing slowly into this new area. Humor is about diving into the deepest part and exploring everything available before deciding whether shallow waters might be better.

Most great humorists – whether they are authors, comedians, writers or performers – usually have several common traits: They have formal experience in improv, acting, communications; practiced their craft regularly; observed the world from different angles; and looked for alternative connections no matter how bizarre. This gives them the ability to not only create a humorous story or anecdote, but to create ten of them on the fly and give you the best one. It all looks effortless, but there is a lot of work in making it look easy.

Here’s one more simple exercise: Finish the sentence. Take any comparative statement and finish it with an original closer. This exercise in one-liners was what my father always referred to this as The Dozens, where two people would go back and forth with something like, “Your mother’s so fat…” then closing it with original lines such as “… the other mothers in the neighborhood orbit around her.” Last one to drop a good line wins. This seems simple but again, it requires practice, patience, and an open mind. Try these, but go somewhere other than the “Your mother” genre – that one’s overdone. Take on serious ones, weird ones, personal ones and mean ones, and just make as many answers as you can. Here’s some starters:
We grew up so poor…
My little brother was so ugly…
Our neighborhood was so dangerous…

And as a final note, give yourself permission to write bad stuff. You’ll write a few bombs, and that’s okay. All those great jokes, sketches, and one-liners were the best of the best. The rest of the list had more than its share of losers, and that’s how the writer knew which ones were the best.