We all know the protocol for language at the workplace. More importantly, we hopefully know the official rules and the unofficial rules - we know who we can be flexible with, who requires us to step carefully, and how other people treat the rules when they are around us. We also know that what works in our workplace might not fly in other places. For that matter, what works in our accounting department might not work with the boss, the admins, or any other department. Good employees learn these rules, and pack a different set of expectations for wherever they go. 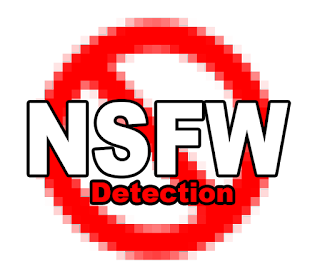 How do we do this with a story? We know the ground rules for Not Suitable For Work (NSFW), but how does that apply to a reading audience? Reading markets are fickle, and can judge a title quickly depending on the language. And the demands of different genres can be in complete opposition. Unless we are willing to write several versions of a story, each modified to a target audience, we have to find some sense of compromise.

The last area of compromise a writer should consider is with their own story. If a writer feels that a story demands swearing and profanity, or situations some people might consider obscene, then the writer needs to go with that. Plenty of narratives, especially non-fiction stories, can get pretty salty, and it is integral to how the story works. The writer's main obligation is to examine the quality, quantity, and effectiveness of what they want to communicate, and consider the best route to do so. The details of doing this are pretty intricate, but here are some broad categories to work with.

Genre. I know plenty of parents who swear around their kids; that's the real world. However, books for children should be scrubbed clean - restrictions of genre demand that. That is an obvious case, but let's expand this out. Young Adult writing can have swearing, but it tends to be rare, exclamatory rather than descriptive, and characters who swear are usually crude, boorish antagonists. Stories with adult themes incorporate profanity in a more descriptive vein, but the better stories use it with purpose - defining how a character stands out from others with their language. Action and thrillers often use language to heighten tensions and emotion - during a high-speed chase, the protagonist rarely expresses surprise with "Yikes!" or "Darn!" because stronger words create a stronger emotion to the scene. Once we hit the horror genre, language takes the story to a very serious, adult, "We're not in Kansas anymore" mood. However, sci-fi goes the opposite way, with intellect virtually erasing profanity. (The trend in future-fantasy is to make up a new milieu of swear words and throw them around everywhere.)

Characterization. A general principle is that the more someone swears, the less they have to say. Think of people you know who use swear words as their adjective or adverb of choice. Does it make them stand out in a good way? If that's how you want a character to stand out, well, that's fine. That character becomes identified by their language, but other characters should stand apart from that one because they don't swear. Then there's contrast, and readers notice it. As the saying goes, "When everyone talks, nobody is heard." If everyone swears, it loses effectiveness. Which brings us to...

Effectiveness. The first time I heard swearing on network television, my eyes popped open. It was unexpected. Wrong. Harsh. People weren't supposed to say that, and there it was. I still remember that moment. Since then, times have changed (of George Carlin's Seven Dirty Words You'll Never Hear on Television (NSFW) piece, I've since heard three on main networks). The point is, when the word was used so rarely, it was that much more effective. It stood out. Scarcity made swearing powerful.

Alternatives. While swearing and profanity hold their place, a writer should consider obscenity as a creative alternative. Obscene things only have to create a sense of the taboo but do not have to use swearing or bad language. For writers who want to explore this, practice explaining something full of swear words without using the words. Imply things. Make veiled references. One of my favorite comeback lines starts with, "Well, your mother...". The best lines have no swearing and are often very obscene. That is the pinnacle of adult language - well thought out but technically not swearing.

There are plenty of finer points to study, but working with the basics can cover a lot of ground. Plus, those detailed discussions are definitely NSFW.