During a recent writing workshop, we had an interesting discussion about the difference in conversational English over the years - centuries, actually. Some commonplace words back then have fallen out of use, some did not even exist back then, and certain historical events created sayings that now define the language. The gap between, say, 19th- and the 21st-century conversation is pretty noticeable, but our language has evolved in many ways, and not recognizing them can make writing pretty hard to read. In the worst cases, it can actually send the wrong message. 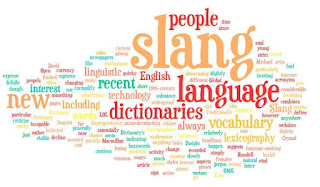 One way that words have changed is through social media. In our rapid-fire online environment, it seems that words can transform as fast as the spread of one viral meme. It used to be that a catch-phrase would need to catch on when lightning struck from a commercial during the Super Bowl. Now, lightning strikes everywhere; the pages of Facebook transmitting new phrases and sayings that load context into simple phrases. Plenty of people hear, "One does not simply..." or "What if I told you..." and their mind goes to a meme reference. The reader now thinks something other than what the writer intended - miscommunication.

I always have to tip my hat to another form of writing that can be a problem - jargon. We know it when we hear it, but often we don't know it when we use it. The main definition of jargon is a terminology unique to a particular subject, but when the reader is not able to gather the meaning through context, jargon falls to the alternate definition, "Language that is incomprehensible or unintelligible."

Without getting partisan, let's just think about the current political environment. People staunchly within the camp of their preferred party circulate words that are standard English but carry a very loaded meaning to people within that camp. The words liberal and conservative have very simple meanings in our language, but along the partisan spectrum they can be toxic words said with a snarl and a cocked eyebrow, or with chest-puffing pride. As writers, we don't need to pour our own politics into our characters if we don't want to. However, we at least have to recognize that certain words can redirect our readers if we are not careful. If we want to put a political voice into our writing, then we can garnish our writing with all the political jargon we wish. If that's not our desire, well, maybe saying "a conservative approach" is better written as "a reserved approach," or "a liberal use" becomes "a generous use."

Now for the subject of dyscommunication. In case you did not know, the word, "dyscommunication" is not a recognized word in our language. However, it transmits a meaning in that its structure communicates a message through the simple prefix of "dys," as in, "dysfunctional." This word doesn't talk about when we fail to communicate a message, but when we communicates a different, or perhaps opposing message. This can be a question of context, of framing a sentence just so, and putting the inflection in just the right or wrong place.

We've all heard the story of the husband and wife preparing to go out for the evening, and the wife asks, "Does this dress make me look fat?"

The guy answers, "That dress doesn't make you look fat."

Next stop: using poor language use to effect.
Posted by James Pressler at 11:16 AM