No, this is neither me bragging nor confessing to a binge night. This is the example of a creative prompt, which differs somewhat from a writing prompt.  As I have mentioned before, particularly in my post, A Writing Prompt For All Ages, writing prompts help us capture moments. In that regard, creative prompts move us to explore creative direction. There are a few common ways to go, each with some benefits. Here's a few examples and what they can provide. 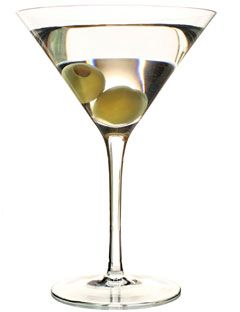 The continuation. When we hear about drinking too much, the natural path is to go with what is familiar. Drinking leads to a variety of things, and finishing our prompt this way seems only natural. On a scale of 1 to 10 on the creative meter, this isn't too high at all. However, it prompts further writing about a blackout evening.

"...that my body was one olive away from legally being a martini."

Humor. This is one of the more challenging directions to go, because while most people are funny in their own way, humor in itself does not flow naturally. Furthermore, humor is hit-or-miss, which means one good punch line might be the result of ten so-so attempts and another dozen total flops. Working the humor muscle is a very valuable exercise because we often only use it when we are sure it will perform. As we strengthen that ability, we become more willing to try it out before something like continuation.

Through a prompt darkly. Most drinking stories are offered with a tone of lighthearted embarrassment or silliness. If you hear a bunch of dark drinking stories, you're probably in an AA meeting. From the amusing perspective, there might be nothing overtly funny about waking up the next morning in a dumpster, but it brings a smile. Therefore, it's all the more effective when those lighthearted expectations are turned sideways, and a tale becomes a dangerous life lesson. However, sense the mood in the room - this kind of route can stomp out the levity of a bachelor party.

And now a couple of creative prompt don'ts:

Negation. Just like in improv, negation is the death of creativity. If the prompt wants to work on the drinking point, don't erase it, but build upon it. Creativity is found by addressing any question with "yes" (or the variants, "yes, and..." and "yes, but..."). Taking a premise and saying "No" is just bad style.

"...that I was still tipsy the next morning when we robbed the bank."

Redirect. This isn't a drinking story anymore, is it? Now, some argue that this method can be very forced in the creative department. Any prompt can be pushed into the bank-robbing story, but this takes away the natural interest of the original subject - drinking. Finding the flow of the moment is just as important as the direction.

If you want to play with this prompt, go ahead. I would mostly advise writing several things that explore many directions, and seeing what creative muscles get exercised. And maybe have a drink or two...
Posted by James Pressler at 11:16 AM