Poor Writing and the Super Bowl

For all of you non-Super Bowl fans out there, I will share with you a not-so-well-kept secret: This year's Super Bowl was not so super. It had a lot of good elements to it, and the preparation was all in place, but I think it was one of the matchups that ended with a shrug rather than a cheer. The past two weeks were a big run-up to an international spectacle that can best be described as, "meh." For all of those actual football fans, tell me I'm wrong. 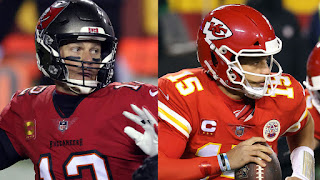 Now for all of the writers (and non-football fans) out there, the game translated into an example of poor writing.

Do not be alarmed - I am not going to go into analyst mode. But if we break down the whole Super Bowl situation in terms of how a story is supposed to go, we can learn something about storytelling in the process. This will not dwell in the world of football, so if you don't know what a nickel defense is, you're safe here.

Let's look at some positive writing elements for the game:

Now the negatives (an abridged list, considering all the shortcomings of the game):

Maybe next year will work out better; we never know. The only thing I took away from the game (since none of my betting squares won) is that I could've written a better one. Any writer could. Any maybe I'll try that just to get some belated satisfaction from yesterday's game.

Posted by James Pressler at 1:13 PM