Like all good writers, we should have at least one book that we just love from cover to cover. The adventure, the drama, its insightful narratives or consistently great dialogue that just sticks in our brain. We can honestly say that we adore that book, and use it as a model for how we would like our works to turn out. Even if we just write character sketches or short stories, they should all try to achieve that level of greatness. 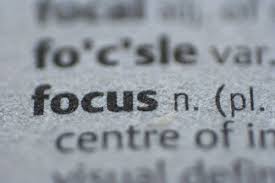 However, what if we just love one chapter? How about one excerpt? What if, within the covers of a 400-page book, we are truly drawn only to one little scene that for some reason resonates with us? The rest of the book might be okay, or perhaps even boring, but something about that one particular scene is worth bookmarking and reading over and over again. Is this weird? Unusual? Or is it an opportunity?

Yeah, it's an opportunity.

Several years ago, I read a short story named "Gruesome Charlie." While such a story might seem to be ripe with all things gross and disturbing, the one scene that stuck with me was simple: A beetle crawling along the deck of a boat, pushed back by water crashing in from the rough seas yet every time resuming its mission to reach its destination by the bridge. Did it matter that the seawater splashing across the deck was awash with the blood of the title character? Did the horrifying events a few pages earlier even matter? Not really - the story was pretty good in its own right, but the one scene my brain goes back to was that one little beetle.

I am sure we've all experienced this with movies at least once - the one scene that you will watch every time in an otherwise mediocre film. Writing is no different, and if we want to be better writers, we should take a moment to really dissect the scene and find out just what lies underneath to make it so great. It may sound a little forensic for a writer, but the first step to writing memorable scenes is deciding what makes them so memorable.

To analyze our beetle scene, first I looked at context. The beetle wasn't a running character in the story, but it was a moment of calm determination against wave after wave of indifference. It carried a symbolic weight to it that gave a little old beetle prominence. This makes me think about the importance of symbolism, and turning a bug into something every reader can relate to.

Then I thought about the calm and peace of that one scene, that one moment. The story had been a hectic ride, retelling the true story of a crewmate's brutal death on the deck of a ship and exploring the chaos of that person's life. With this turn, the beetle moment contrasts that tone and brings a pleasant moment. Serene even, despite the crewmate's blood still washing past the beetle. If I plan on being a good writer, I need to remember that contrast is important - making peace stand out by surrounding it with chaos, turning action into focus.

If you think of that one scene that you can't get out of your head, dig through it for all the juicy details, and ask yourself what you can do to add those things to your writing repertoire. As you develop that tool, you will get closer to that moment when people are talking about your work and saying, "You know what scene I really loved?"