In Remembrance of Writing Lost

People think writers are all about creating stories, fantasies, and all the trappings - new characters, places, things, ideas, and adventures. They're mostly right; writers create a lot. However, part of the writing process is also about knowing when something you've created is a little too "not right." Something doesn't fit, or the word count needs to come down - whatever the problem, some of those well-crafted words are about to vanish. This is a surprisingly tough part of the process. 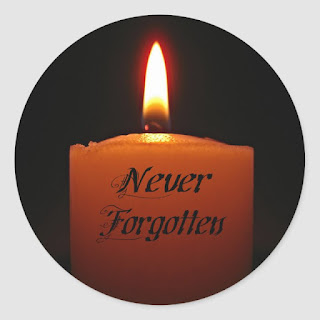 I chose this topic to write about because this week I discovered that a technical glitch meant several of my blog posts were deleted. Destroyed. Blow'd up. Reduced to mere bits and bytes with no chance of recovery. I can't honestly say which posts they were or what the subject thread was for the different posts. All I know is that they are gone, and I felt a tangible sense of loss.

Furthermore, this is not the first time I have had to mourn what is technically no more than the loss of words. In The Book of Cain, a couple of characters were deleted entirely because they didn't drive the story. This wasn't their fault. They did nothing wrong. They were building tenants living their little grammatically correct lives, trying to move things along, then suddenly the editing pen came out and *poof!* they vanished. No funeral, no service. My readers never knew the characters existed. What a sad way to go, and yet it happens all the time.

One of the ugliest tasks writers have is the job of destroying what we create - maybe a person, a scene, a world, whatever, sometimes it has to go. It's difficult, and plenty of my fellow writers have a very difficult time justifying the elimination of their creations, even when they are a glaring problem. If you ever read something where one character just doesn't serve any purpose whatsoever, chances are it is there because the writer just could not force themselves to eliminate them. In some cases, I can't blame them, but to be a better writer you have to occasionally cut things out. Here's my advice on how to do it.

A very wise woman once told me that when you need to cut someone out of your life, use a knife and not a cheese grater. Assuming she didn't want me to stab people, I think the meaning was to just cut swiftly and cleanly, without hesitation or unnecessary effort. Don't try to pare back a useless character or redundant scene, hoping the smaller version will somehow work. When something needs to go, just get rid of it.

Did that sound cold? Well, it is, but there can be compassion as well. For the characters I have loved yet deleted, I have kept their Word files in different directories, tucked away for another day (they're not dead, they're sleeping). I understand that these characters are not a fit for the current work, but there might be other works for them. I have my little index of unused characters, an Island of Misfit Toys, and they all live and hang out there. And, indeed, a few of them have been called up for future works.

Lastly, the most important thing for a writer is always creation. Sometimes it might feel that if we create ten ideas but only use three, then we've only created three things. Nope - we created ten things that we learned from, and three of them can be built upon. That's a lot of growth in that creation, and even though those things may never make the final cut, our growth as a writer will be evident.

So to all the characters who met the red pen - rest in peace until we use you again.