Killing Off Your Characters

"If a character isn't moving the story, it's okay to just kill them off. Unless it's an autobiography."

Over the past few months, I have seen this subject come up more and more: What are the rules for killing off characters? Authors seem to be conflicted about this, and rightfully so, but the question kind of misses the real mark. The question we really need to ask is whether or not the character deserves to live in the first place. 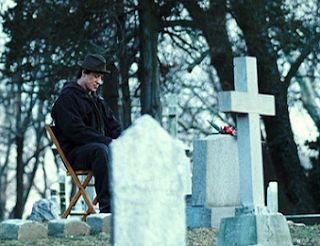 I'll actually offer this disclaimer before any discussion about living or dying. Some writers get attached to their characters to the point where they are reluctant to kill off the nice ones, and that's a good sign. It means the character is real, is substantial and has dimension. If it's easy to kill off the main character's best friend, the real question should be whether or not that friend really had any substance. If a character is important to the story and the plot arc, they need to be drawn out well enough to carry that load. Otherwise, you are not doing justice for your readers.

Anyway - living or dying. The real lines we need to draw in deciding whether or not we should kill off a character boil down to these. First, does killing off the character advance the plot? Does it move the story along in a meaningful way, or does it just add another body on the pile? Like anything we write into a story, the loss of a character should have a ripple effect that carries on for pages. If we are just killing them off for shock effect, well, that's nice for a moment but it's kind of a cheat. At the very least, let the death of the character build up the motives and meanings of other characters.

Second, is death the only option? Let's face it - life is quite expendable in the fiction genre, and people die all over the place. Therefore, we should consider whether death is the right way for that character to impact the plot. If a character dies in a car accident, well, that settles their arc. However, what if they are badly injured instead? Would that option allow the character to continue to influence the story in a valuable way? What if they disappear under odd circumstances? Their absence now becomes the important part - the lingering question about being alive or dead. Non-dead characters have a lot more versatility than one who ends up south of the grass.

Here's a big question. Should the character even be alive? Have you ever read a story or saw a movie and just knew some supporting character was just filling a dead person's shoes? Inevitably they'd get bumped off, and the only questions were when and where. As writers, we need to make sure these characters are few and far between, or that their unfortunate demise has a real big payoff in plot progress. They better reveal a big secret, make a bold sacrifice, or offer something surprising that the reader never sees coming. Otherwise, they become a distraction to the reader and a drag on the story's momentum.

We all get the chance to kill off characters, and let's face it - some of them are better off dead. However, as in the real world, our only job is to make sure that while they were alive, their existence had purpose.