Writing the Perfect Story and Other Myths

As someone once said, "Not everything goes the way we planned, and that's okay." Last week I posted about finding unusual sparks of inspiration in the weirdest of places, and taking advantage of those moments to write things like awesome poems (no, this is not another poetry entry.) Well, today is a follow-up on that piece, and as you might have guessed, sometimes things did not go as planned. 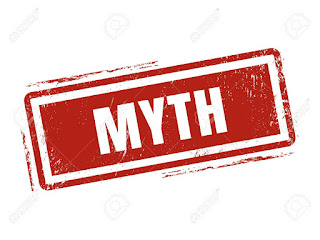 For all the inspiration I gained from an exhausting stretch of cycling, for some reason I did not end up with the perfect poem. Somewhere between having that "A-ha!" moment on my Schwinn and sitting at my keyboard, something changed to where I found it very difficult to take that bit of creativity crashing around in my skull and put it into words. All of the structural parts were there - purpose, meaning, theme, message, all well defined and clearly understood. Yet for some reason, nothing happened when I hit the final stage of actually writing the thing.

After a little bit of soul-searching, I came to a few conclusions. First, I did not need to do yet another fifty-mile bicycling trip through the sticky Midwest heat to recapture what I had found. Second, my inspiration was not an illusion, it was very much real and would come to fruition sooner or later. Most importantly, I realized what had me all hung up. After such a moment of awakening, I set myself up for a profound adventure that would lead to an awesome creation. I led myself to believe that I was about to create the definitive poem of my existence, the one that would not just speak to me but would serve as a looking glass through which all readers could see me. This would be a truly amazing work; the magnum opus of my writing career.

With that kind of pressure, how could anyone write anything?

I concluded that I had raised my expectations so high that I could never reach them. I was now set on writing the perfect piece of poetry, when in fact deep down I know I am not there yet. Somewhere inside there are a few good pieces of work, perhaps even great given time, but perfection in just not in the cards right now. Once I accepted that, it became easier to write what I wanted to, because I knew it would not be perfect... and that's okay.

This happens a lot in the writers' groups I attend. People want to write that epic tale, that wonderful novel. They know their story is the one they need to create, but they set their bar so high that they know they'll never clear it, and it prevents them from even trying. They assume their limits will restrict them from ever reaching the point they want to achieve, and they never even start to write their perfect story.

Now that I accept that I am just as guilty of this crime as anyone else, I can offer this advice. Write a first draft, and tell yourself it will be ugly in the beginning. It will be clumsy and awkward and off-balance, like a toddler stumbling around the living room, but that's okay. You start by creating the toddler, then revising it and reviewing it so it can walk properly, then run, then do amazing things that you perhaps never expected. Just don't get yourself hung up on your inability to create perfection. Focus on your desire to create, and let the rest come together in time.

Because that's okay as well.