If there is one regret I have as a writer, it is that I didn't spend enough time listening to other peoples' stories when I had the chance. Don't get me wrong - I love a good story, and when someone sits back to spin a yarn, I am the first one to grab a drink and settle in. However, the sad part about some stories is that they have a shelf-life that is far too short. If we don't recognize that some stories will only last as long as the storyteller, we end up losing a great opportunity to learn from them and spread them forward. 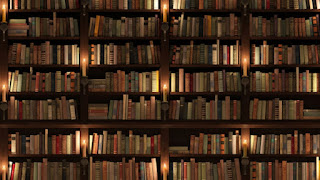 Due to several unrelated factors, I never really got to know most of my grandparents. Two passed away before I was born, and a third died when I was three. This left me with one grandparent to handle all the responsibilities of what four grandparents would usually do. She passed away when I was eleven, so before I was even a teenager, I had run out of sources for tapping into the ancient past known as the early 20th century. So many questions never to be answered but always be wondered about.

However, there was one older man I knew - we will call him George - who did provide me with some insights into a world I was interested in knowing about, and boy, did he have some stories. His stories transported me to another time and place. George grew up in Europe, so every story was from this distant land I could barely comprehend, with events so amazing it was hard to believe we shared the same planet. I am thankful for having the chance to listen to his stories, whether they were happy, sad, or otherwise.

George had indeed lived a life. He left home when he was fourteen - can any of us even imagine doing such a thing? He went across Europe, often with just the clothes on his back, making do in whatever way he could. He had one story about stealing a truck so he could make his way west that truly fascinated me. Yes - he was technically a truck thief, but I found it in myself to forgive him. I was amazed at all the things that he did as a teenager, and how he made his way to London (at this point I assume the stolen truck stayed in mainland Europe) and eventually the United States. And he never saw his family again.

These stories on their own would be enough to fascinate anyone and inspire the average writer to get to work creating something worthwhile. However, George's stories were the kind that needed to be spread. In case you haven't figured it out, George grew up in Europe, more specifically eastern Europe, during the 1930s, and he saw the atrocities that followed firsthand. When he left home, it was because he was packed onto a train car with his family. He escaped the train car, but the rest of his family did not. The truck he stole to head west was his escape from Nazi-controlled territory, so I forgave him for stealing it. Him fleeing Europe and eventually arriving in the US is something most generations can't even comprehend, making these stories that much more important.

Now, not everyone will have stories with such drama. However, everyone will have their stories from the pivotal moments of our history. I know the family stories passed down over generations involving the Spanish Flu outbreak, The Great Depression, World War Two, Korea, Viet Nam, the Civil Rights Movement, and so on. In turn, I will have stories about the landmark events in my lifetime to hand down to subsequent generations. Future generations will hopefully listen to my stories and better understand what it was like "back in my days," but first and foremost, it is up to me to make sure those stories are passed along. Being a writer is exactly the way to guarantee that.

Posted by James Pressler at 1:24 PM