Monsters and the Confidence Game

A part of writing is developing confidence in what you do. This shouldn't be mistaken with a false confidence where we convince ourselves that we are right even when we are wrong. Developing confidence is assuring ourselves that we are moving forward, that our efforts are building our skills, and our errors will fuel our desire to move forward. And that means accepting that we start off imperfect. This is tough for the beginning writer who may not have a foundation of confidence. Here's a common disclaimer a lot of writers tell me:

"I wrote something, and I like it, but I don’t think it’s that good."

They are most likely right; it isn’t that good. However, it’s great. 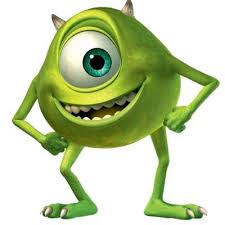 If the first piece you write is flawless and insightful, then you clearly have a superhuman gift (and I would be very jealous). Rather, us mortals first create these bulky, unwieldy clusters of words that form some tangled thread of mutated creation. They are ugly monsters at best. However, they’re our monsters. We created them. In this regard, they are perfect to us.

One of my mentors, Newton Berry, author of Bughouse Square, explained to me the million-word theory (no, the theory is not that long). In so many words, a writer doesn’t find their true writing voice and technique until they’ve written one-million words (about ten novels or one book by John Grisham). Whether this number is accurate or not, I have no idea. But the point is that we need to spend a lot of time creating those imperfect monsters as we pursue our true identity, our real style, our perfect voice. Newton pursued that voice, as I did as well, and as every writer should. And they should be proud of them.

The first novel I wrote was a 110,000-word story of self-discovery. When I finished it, I would say I was a third of the way through that million words (but I hadn’t known about the theory yet). I was amazingly proud of this piece. I let my parents read it, my friends, and anyone who foolishly asked, “What’s in that huge binder?” And they all thought it was great. It was time for the next step: take it to a workshop and get objective feedback.

I heard plenty of criticisms: shifting Point of View, too much passive voice, extensive telling rather than showing, awkward pacing, transparent characters, and so on. I received some compliments as well, but hearing the upside to all of this criticism was like hearing how nice the weather was when Kennedy was assassinated – not quite enough to make up for the rest.

That’s when I received the one bit of constructive criticism I ever received. I was told, “I can guarantee you that your manuscript is better than any story that someone didn’t have the guts to write, and that can never be taken away.” And this was true – it wasn’t great; it wasn’t even good, but I did write it. I took it to the end, and I learned so much during the process of creation.

Someday, I will edit the hell out of that manuscript and publish Easier Than the Truth. I will credit Newton in the acknowledgements, and I will be proud of the ugly little monster I created, because it turned into something wonderful one-million words later.

Posted by James Pressler at 2:02 PM