As a writer, nothing informs my stories more than reality. Even though I dwell in a world of fiction, those stories are distilled with a world of information from the here and now. In a weird way, this is what makes fiction believable - it's like adding actual fruit juices to an artificial drink in order to give it that natural taste. We use the real world as a secret ingredient.

Just don't use too much. 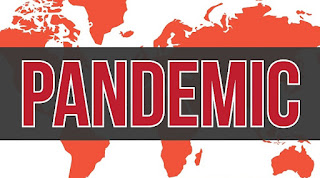 Let's say I want to write a thriller about a person living in a world in crisis. Obviously, the first thing I would need is a crisis, and this is where I could use the real world to inform what I am creating. However, if I decide to write this thriller by including the major themes of an economy in deep recession, racial tensions exploding onto the streets, a pandemic, and a subplot of rumored murder hornets on the west coast, well, I just used way too much of the secret ingredient. Ironically, this means I would have a work so informed by reality that nobody would accept it as fiction.

Rather, the secret to flavoring our fiction with reality is to distill the elements of reality that resonate the most with the reader, and pouring in those flavors. As an economist, I could pour thousands of words into the ins and outs of a country in recession, but people don't want to hear that (trust me). Rather, what counts is showing the effects - that unsettling tension at a bar as people nurse their beer and talk about how they're looking for work or had to grab a job at half the pay just to keep up with the bills. For sale signs throughout the neighborhood, mixed with garage sales and moving vans. People paying for a handful of groceries with change dug out from the couch. That's a recession people can relate to.

Now, if I wanted to do the pandemic story, well, this is far more touchy of a subject. After all, everyone feels the impact of current events right now, and everyone has a story. Is it even possible to offer a new spin that won't sound like a rehashing of what we've all been going through these past few terrible months? That's the catch about this special flavor - finding something original that will stand out and give the reader a touch of insight. Telling people about a terrible disease is easy; showing them how it impacts everyone's world is far more difficult, but also far more rewarding.

I will also offer this much as a note: we need to think very hard about how much background we want to offer while telling our story. Look at our murder hornet example. There could be several reasons they emerged: Evolution had one too many, some horrible experiment gone awry, possibly some Godzilla scenario - there are endless possibilities. The question really is this: Does it matter to the story? If I wake up in the morning to see a murder hornet has landed on my arm, am I thinking about its origin story? My concern is very immediate - survival, the main component of a thriller. This is called Survivor Perspective, and is very common and effective in thrillers and post-apocalyptic genre. What happened is often unknown and not important, because the characters' concerns are far more immediate (more about this Monday).

In short, when writing fiction, be careful how much reality you include. All you need to do is check the news to realize that if today's reality was a fiction story, you wouldn't believe it.
Posted by James Pressler at 10:51 AM