We've all heard that line before; some of us have probably said it: "I have a great idea for a story. All I need to do is write it." When people say this, they make it sound like one last step needs to be done - the writing. However, I cannot think of a larger gap between a statement and the intended goal. The process of writing a story goes well beyond just doing it, though I say that reluctantly. Turning the idea into a story is a monumental task, but taken step by step there is no reason why it can't be done. On that note, let's look at some key steps: 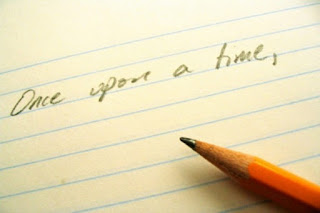 Main character(s). This step is more than just knowing who is doing the storytelling. We need to know the person underneath all of the description and understand why it's best to have them telling the story. If we want to write a good old-fashioned tale of ghosts and the supernatural, the storyteller should be more than just a guy who bought an old house and gets scared by the ghosts. Does our main character even believe in ghosts? Are they an agnostic/atheist dismissing all things supernatural? Did they recently suffer a tragic loss and feel some kind of spiritual void because of it? We need to know why this person is the right one for telling this story. Otherwise, the reader loses interest and the writer struggles to maintain personal investment.

Motivation. Stories move along a path of events, and during each one, the characters have to respond in ways that tell the reader who they are. If the reader ever finds themselves asking, "Why did he do that?" or "Why did she go there?" there had better be a sensible reason revealed to them soon or they won't understand the character, and also the story. The reason can be as simple as, "He did that because a friend dared him to and he never turns down a dare," or, "She went there because she had been hired to do it." There always need to be a reason behind actions, and preferably something other than, "Because if they didn't, the story wouldn't get to act two."

Side note: There are a lot of stories where instead of the character choosing their adventure, events happen to the character and they are forced to react. This takes away the need to explain the character's justification in the events, but the reader still needs to know why the character made their particular choices. In Roderick Thorp's Nothing Lasts Forever, Joe Leland is in a building when the occupants are captured and held hostage by terrorists. Joe has never met the terrorists, he is not involved with their international involvements, he was only there to see his daughter. The action happens to him but his responses still have to be justified. Joe is a retired cop with a strong sense of right and wrong, plus his daughter is now a hostage, so he takes it upon himself to resolve the situation. Once the reader knows that, they understand the character's investment.

And for those having trouble bridging the chasm between the great idea and finishing the story, here's a simple trick. Concentrate on writing an awesome opening line. Something great. That one big line that gets the reader rolling. Think of the scene that supports it, and write a winner. Then write the next paragraph, just to see what it looks like. At his point, if you have a great opening line and a paragraph to support the scene, you are already on that long journey of writing that story that started off as merely a great idea.
Posted by James Pressler at 10:36 AM