I have a friend who has lived the kind of life that allows him to tell the most amazing stories. He will tell us about the times he's driven up to the city, met some amazing people and they've gone on all these drunken escapades into all those hidden places in Chicago. There's been sex and drugs and gunplay, A-list celebrities and pretty high living, and my rarely-sober friend is always willing to relay those stories to everyone around. We have never had the good fortune to go on one of his adventures, but we love the stories.

In case you haven't figured it out, my friend lies a lot. 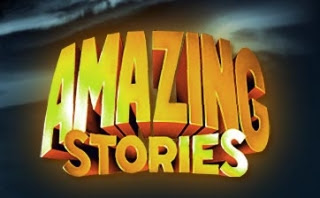 No, I can't prove that my drunken friend didn't do tequila shots with Jennifer Aniston and John Malkovich at an afterparty on Rush Street. I have no evidence to counter that he found out the top floor of the old Fulton Market Cold Storage building used to double as a rave room where Vince Vaughn and Jon Cryer hung out when they came to town. However, I hear the story, look at my friend, and come to the inescapable conclusion: "No way, no how."

This is the thing about stories: As writers, we can create whatever we want, and tell whatever tale we wish to spin. However, if we don't do it in a manner that convinces our audience that we are genuine, then we lose our readers. They don't embrace the narrative - even if it's true.

I've said this before and it's worth repeating. Just because something happened doesn't mean it is automatically believed. Non-fiction isn't a stamp of approval, particularly if the story centers around the stupidity of others. In an excellent piece by my friend and colleague, Victoria Marklew, entitled, "This Lousy Pandemic Script," she succinctly demonstrates how reality can fail to pass the smell test when it comes to a believable narrative. Sometimes, the truth has so many forehead-slapping, face-palming moments that if we didn't watch it unfold right in front of us, we would never have believed it could happen, much less did happen. When it is written as a story, readers quickly dismiss it.

Now, this bar of believability is easier to see through the eyes of fiction. If I am writing about the rise of a zombie apocalypse, the characters should be at least a little surprised and have some disbelief as to the events unfolding before them. The reader likely understands that this is a zombie book so there is some suspension of disbelief, but they still need to see the characters as people who are being introduced to something they are not expecting.

In this regard, non-fiction is a harder sell because there is no suspension of disbelief - the factual world around us is baked into the story. When my drunken friend tells his stories, he incorporates reality to make them amazing, though this often goes beyond our acceptance that he, a 300-pound drunk with a tenth-grade-education and half his teeth, could so smoothly fall in with any social scene he desired. At that point, we smile, nod, laugh among ourselves and know he's on another one of his wild flights of fancy.

This is an art, and it takes practice to sell the most bizarre situations and get the reader to believe what you are presenting. By now you believe my drunken friend is basically just a loudmouth who lives in these drunken delusions. You'd be right. However, you'd also believe that he exists. You'd be wrong. He's just a fiction of my mind that we are all too willing to believe exists because he represents something we've all kind of experienced at one time or another. He's the fiction we all assume is real. Non-existent characters like him are the real amazing stories.
Posted by James Pressler at 8:38 AM