Placing Yourself In Your Story

In my last post, I closed out with a brief mention about including yourself in your own stories, but I want to give this subject a little more air time. Including yourself may seem like an automatic part of the process of telling your own story. However, that's a very easy trap to fall into. Just because it's our story doesn't mean we automatically place ourselves into it. In fact, there is a tendency to detach our personal experiences from those stories, and that will really hurt your story. 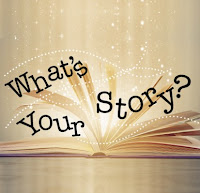 Years ago, a fellow writer wrote the story about how he lost his leg above the knee after a motorcycle accident. Clearly, such a traumatic, life-altering experience is fertile ground for a very moving story. After I read the story, I knew all about the accident, compression injuries, phantom pain, and the special rehab that accompanies such a procedure. What I didn't know was anything about how he felt about such a catastrophic experience.

As a reader who has only known life with two legs, my thoughts naturally drift toward myself - what would my response be if I lost a leg? Would I resist the process? Would I be happy my life was saved, or would I grieve for the loss of a limb? How does it feel as a person to hear terms like "skin flap" and know that's a reference to what used to by my limb? A clinical exploration of losing a leg does have its place as a story, but when it is our story, we have something very special to offer - our personal view. No writer can replace that, but every writer can gain something from hearing about the personal depth of that experience.

After some discussion, the writer acknowledged that a lot of those emotions were still very raw and unprocessed, and that the story was his first exploration into all those feelings. That confession was the most personal thing that had come from that story, and even a statement such as that makes the story all the more meaningful. The acknowledgement of pain is the first step toward recovery, and that is possibly why it is the most difficult step. I do not know if he ever took the next step (no pun intended), but his growth as a writer started once he decided to put his emotional experience into the story.

In case the message hasn't come across, this is the difficult part of writing our own story - pulling out feelings from the deepest part of our guts. This is a call to explore things we might not want to face, and put them out on the page, exposing them to the pure daylight of reality. Therapists sometimes have clients do this, and it's painful. For a writer to do it on their own is even more so, but there's a purpose for this.

At my old hangout in Ukrainian Village, I overheard one guy telling another about how he was going to write a letter to the Chicago Police Department about the cop who gave him a DUI after an accident that left him in a wheelchair. My curious, people-watching self settled in to listen to this man rant about a cop doing his job. If only I had popcorn.

It turns out that the guy in the wheelchair wanted to write a commendation for the police officer. After some severe soul-searching, he understood that the officer was doing his job, and that DUI after the accident finally got him to attend AA, clean up his act, and take responsibility for his actions. Letting him off the hook would've cheated him of the opportunity to get sober. I knew nothing about the accident itself, whose fault it was, his other injuries, or his recovery process, but his discussion was the most honest, insightful thing I had heard all day.

I sure hope he wrote more than just that letter.
Posted by James Pressler at 11:59 AM