A New Year and Accountability

Now that we are getting back to our post-New Year's Day routines, some of us may have to acknowledge a few resolutions we made or wanted to make. I often talk about some promises we can make to ourselves as writers to push ourselves further down the road that is writing. Nothing big, nothing fancy, but hopefully doable. And as 2021 approached, plenty of people made a lot of other promises about what they would do and who they would become this year. However, we know that a lot of these situations are like going to the gym in January to lose some weight - a nice promise that doesn't make it to February. 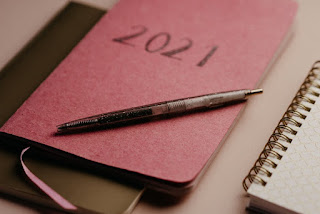 No surprise that people don't always follow through - going to the gym is not easy, otherwise we would've already been doing it. Furthermore, it's all the more daunting if we do it alone, and this is the same for writers. In my workshops, we've discussed the value of writing groups and how they inspire each other. Along with inspiration, writing groups can help hold each other accountable for their actions. At the gym, we only answer to a scale or a treadmill. In a workshop, the dynamic can motivate us to do that much more.

When it comes to setting objectives for the year, some people will make them, others won't. For those who set some goals, only a few will achieve them. They usually have some people constantly prodding them to continue toward that goal. This isn't nagging (well, sometimes...). This is saying, "How has that outline been going?" "Any progress on your story?" or "You haven't brought in a chapter lately; are you having trouble?" These questions might seem annoying, but they remind us that we are not alone in this process. As writers, we might work alone, but when we have others checking in on us, we feel that we are part of something greater, and that we march with others.

An accountability system might seem like a lot of work, but it can be the most passive process to begin with. I had a friend who, to keep up with her promise to write down her dreams, placed a pen on her alarm clock, right over the snooze button, before going to bed. As weird as it may sound, she did this so she would literally place a pen in her hand every morning, and this forced her to either write or break the promise by putting down the pen. More often than not, this pen gesture made her accountable for her action, so she wrote something about her dream.

If that sounds too abstract, think about accountability through obligation. Sometimes, a way to make ourselves accountable is to turn our writing promise into a requirement for something we like to do. I've made no secret about my love of gin (right now it's a craft blend called Botanist), so obligation accountability would mean that before I pour a glass, I must write a haiku, or have a chapter outlined, or whatever. When I control my actions, I force myself to either keep my word or feel the guilt of having my gin without writing my haiku. Again, this method conditions us to take that extra effort.

There are a lot of ways we can push ourselves to make some good habits as writers, and whether it's by stick or carrot, as long as it gets results, it's worth it.

And here's a pro tip: It's not too late to make a resolution. If you want to commit yourself to a task, just find a way to help yourself reach the goal. Then just go out and do it.

Posted by James Pressler at 1:04 PM