Maybe you've noticed it over the past several months, maybe not. One of the most underappreciated of the ordinal senses - taste - is getting its due in pop culture. No, people aren't inventing words to describe just how oregano tastes; that one will remain a discussion for the ages. Instead, this underappreciated sense is getting placed into the everyday discussion of general moods, actions, and behaviors. This sensory crossover is also a good writing technique? 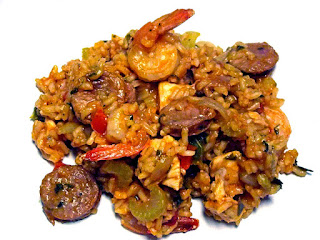 I first started hearing it about a year ago, when a person I know was acting particularly desperate and promptly got described as "thirsty" (Long story). It was a cute way to describe them, and I let it go. Then I noticed tastes started showing up. A person in a particularly toxic mood becomes "salty" ("bitter" and "sour" have long been used, so the shift to salty is all the more interesting). When extra drama is added to a situation, it is "spicy" and if that situation is particularly complex and multifaceted, it has a "savory" dimension. Yes, the sense of taste is finally getting its due.

Now, instead of using this piece to brag about the virtues of taste (and this has no connection in any way to my previous post about the McRib), I would rather incorporate this into the method of splashing one particular sense all over a description, even when it does not directly refer to that sense.

This is called sensory crossover - a technique that has the advantage of engaging the reader on more than one level. When we write about making, say, a homemade jambalaya, the immediate sensory triggers are taste and smell. If that jambalaya does not make the reader think about something savory, it needs a rewrite. However, what if we just gave a little space for the spices, and focused on the color palette? Even better, what if we targeted the feel and texture of that first bite? It's easy enough to get people to taste the pepper and paprika in food. However, once they understand the vegetables crumbling on their tongue and feel the rice in their teeth, it becomes a new and engaging experience.

This trick works for writers, but it's more commonly used by acting coaches and creatives learning their craft. Take a basic experience - going for a walk, eating a hamburger, etc. - and observe it from one particular sense perspective. For taking a walk, it can be easy enough to describe how everything looks during the walk, so pursue a different sensation. Become very aware of how it feels, not just externally, but the sensation of your feet in your shoes, maybe a soreness in your knees or a little endorphin rush. As you breathe in the winter air, does it feel as if it's draining the heat or does it energize you? Taste might be a difficult sense to focus on during your walk, but see if you can do it. Or become aware of the smells around you. The different sounds everywhere.

As your mind explores these different angles, the writer in you will be nourished in a way you might not have appreciated before. If so, you can offer this to your readers, and they will engage with the descriptions in a new and complex way.

And if you can, try using this exercise while enjoying a delicious McRib sandwich (sorry).