The Flavor of Dialogue

After a good workshop meeting Thursday, I started thinking about some of the fundamental rules of creative writing. Even though it's storytelling, we are told to show, not tell. We are reminded to be active and engaged. Don't use what we don't need. If it doesn't move the story, cut it out. The list goes on. Then I think about how often a good violation of these rules adds dimension to the story. Descriptive writing might tell more than show, but it can establish mood. Varying the activity of writing is a great tool for changing story speed. And how many stories have a character who is strictly for comic relief but adds so much to the story's environment? All violations, all important to do. 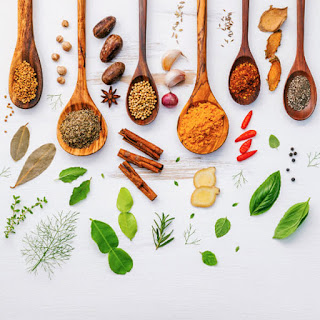 The one area where we should really think about these things is dialogue. This is an inescapable part of creative writing, so all the more that we talk about it. Furthermore, let's focus on one part of our writing toolkit in particular - word choice. Often we rely on using adverbs to describe how people talk - excitedly, angrily, with a tone of uncertainty, etc. - but this is only part of the game. We can also complement spoken words with an internal dialogue, creating a conversation within a conversation. However, this post will refer to the exacting point of the words within the quotes.

In a post I wrote a few years ago - Breaking the Rules With Dialogue - I hit upon some common tools we can use for giving dialogue some personality. One of the more important ones was using the words that we traditionally edit out of proper speech. How many friends of yours insert, "well," "like," and "y'know" into sentences without shame? Worse yet, they drop sentences akin to, "Well - it's like... well, y'know, complicated and stuff." Writing rules would tell us to change that sentence into, "It's complicated," and save a pile of words. But be honest - the second sentence is efficient, functional, and so very boring. The first sentence is a mess but it fleshes out the person saying it, so it serves a purpose as an improper sentence.

These additive words - often referred to as "flavoring" words - can become character builders, but as long as they are used in the proper amount. Like salt in a recipe, the right amount brings out the flavor, but too much overwhelms it. Not every character should flavor every sentence with "well" or else the voices just mix together again. However, if one character begins every thoughtful sentence with, "Well," then they are established, and in the chaos of larger conversations, the reader is further reminded just who that character is.

Quick list of my favorite flavoring words/phrases: well, kinda, sorta, basically, uhhh..., "in a way", like, hmmm, and ending any statement with "isn't it?" These are yours to have - free of charge. And yes, they are all spelled the way I intended. Dialogue is about jargon as well.

One other thing I just want to touch upon is the dialogue tool of punctuation. Hyphens, ellipses, and commas establish a rhythm to anyone's spoken word, and the reader should be in on this. Too much can ruin it, but a thoughtful ellipsis (...) in the middle of a discussion suggests thoughtfulness, while a bunch of commas might imply indecisiveness. We are taught to apply the rules of punctuation with our dialogue - now we need to learn when to break them for effect.

Of course, never let this get in the way of the actual writing. Cleaning up dialogue is important, but save it for the second draft. Write the story first so you know just which characters need what. And then, like, y'know... change things.