If you haven’t seen this word in a while, well, congratulations, you are one of the few. Thanks to social media, this little word has wheedled its way into the contemporary lexicon. Now, anything that evokes emotion or brings about any response other than a tepid “meh” gets its own little warning. As for people who have a pronounced response to anything, they are mocked for being “triggered.” Apparently, in social media we are not supposed to have strong feelings about anything unless we are the ones starting the discussion. Anyone who responds is the triggered one. 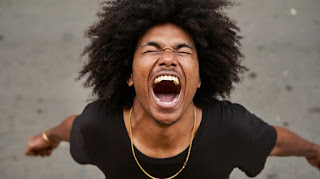 However, is being triggered such a bad thing?

As a human being, I am blessed with access to a wealth of emotions, some of which are stronger than others. Keeping them under control has its benefits, but there’s a special power in harnessing all the energy from a particularly strong emotive response and directing it in a creative direction. Whether it’s writing, art, music, or an impassioned speech, when such a creation is fueled by emotion, it gains strength. With emotions supercharging our creations, they become strong and mighty. They move people.

Yet for some reason, we often get scolded if something sets those feelings in motion. People laugh and say, “Boy, you got triggered” as if that’s a bad thing. If some guy tells an offensive joke and I spend the next thirty seconds telling him exactly why that joke offended me, the current climate suggests I am the bad guy for being “triggered.”

Let me tell you a secret that will get you far: Being triggered is good. It’s healthy. It means you are in touch with those very human emotions and you are willing to turn them into actions. Of course, keeping them under control is kind of necessary, but the important part is bringing them out and letting them guide your response. If my response to the guy and his offensive joke is to beat him senseless in a flurry of rage, well, I need to reconsider my life choices. However, if I take that offense and turn it into a full, rich palette of counterpoint and social commentary to craft a response that utterly shames the guy, then I have done society a service. He might respond with, “Boy, you got triggered,” but that’s okay. We have already acknowledged the limited value of this guy’s opinion, and observers will have to acknowledge the strength of our counterpoint. A great service is done.

What does this all mean for the writer in us? Simple. The next time something elicits a strong feeling within you – anything, really – write down your most vigorous response. As they say, put the rage on the page. Go freestyle for a while, flowing with whatever emotion pops up. Write or type or draw or whatever until you feel it is out of your system or you are utterly exhausted. Then, after taking a break from whatever you created, go back and engage with it again, this time putting some finesse in your creation, polishing it up and smoothing the rough edges. This second step is crucial, because it teaches you how to better create your next piece. Eventually, your strong responses become sharper, more controlled and concise. Your writing transforms from merely a tool into a beautiful, weaponized instrument of persuasion, alive with emotion and dangerous to any who dare oppose you.

In short, get triggered. Get excited or revved up about something. Get mad, get annoyed, get angry. Just make sure you take control of it and focus it toward a constructive purpose. Use your emotions instead of letting them use you, and you’ll always benefit in the long-run.

And maybe ease up on social media a little.

Posted by James Pressler at 1:54 PM