No April Fool's Day prank here. No clever little lead-on that takes you a long way down a winding road on some fruitless snipe hunt in the name of being funny. On this boondoggle of a holiday, I thought it best to talk about the very difficult techniques underlying humor in writing. This is something that goes beyond just being funny, but the serious art of constructing entertainment for the reader. 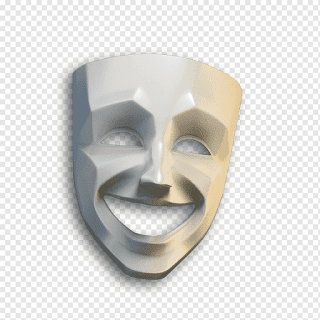 First, let's be clear. There are no snipes. Furthermore, humor in writing is more than just telling a joke through narrative. Yes, that can be funny, but in the long-run, that's just storytelling. Most people can tell a joke, but few people know how to create a joke. Listen to interviews with any comedian and they will talk about treating their jokes just like any other art media - they create it, play with it, change things around, try out a few different things, workshop pieces, and really put in the hours required to shape a story into a joke. It's work, and it requires tools. Fortunately, you can learn them through practice.

Humor dwells around the unexpected. In writing, the laugh comes from building a reader's expectation of what the character is going to do, then reveal that the character's intentions lead to a completely different direction. This is not lying, but creating an environment that uses every detail to move the reader one way. This is simple misdirection. It still has to hold the character to everything they said and did, but the differing conclusion creates the humor.

Think of a piece taking place in a church basement. An AA meeting, an air of brutal honesty and thoughtful introspection on the face of every contemplative, sober member sitting on their squeaky folding chair. Our main character opens up for their share, talks about a life of poverty and drinking, then says, "You know, at the time I went through all that, I would sometimes think everyone else had screwed me over, and it was all their fault for making me the drunk that I was. But after several meetings here, and a lot of soul-searching, I've come to a simple conclusion. I was right - it's their fault, not mine." Dark humor, yes, but something that should elicit a groan from the reader because everything led them down one road only to find the character came to the wrong conclusion.

Other, more simple forms of humor come from techniques such as misunderstandings and exaggerations, which are also different plays on misdirection. The infamous, "Who's on First?" sketch by Abbott and Costello is a study in misunderstanding and misdirection, only the misdirection happens at the beginning and the two characters, in their failure to communicate the same idea, go in opposite directions. Hilarity ensues.

Exaggeration is something more difficult to write because it involves a character taking a simple situation and taking it entirely out of proportion. This is misdirection of magnitude, and has its own playfulness. Take, for example, a guy at home, getting ready to go to bed after having watched Scream. He gets a quick text from his girlfriend: "Come over. I need you." The reader might think this is just a booty call, but the character, having just watched a slasher film, is in a different mindset entirely. Every step he takes toward that mindset is an exaggeration of his one miscalculation, and it should build to a hilarious crescendo with the police rushing into his girlfriend's apartment only to find her wearing only a frilly teddy and a look of abject confusion. Misdirection, exaggeration, escalation, entertainment.

So, now enjoy your April Fool's Day, be safe, and there's no such thing as a snipe.