About the Background (Story)

There's this thing that happens in some stories called "White Room Syndrome," when the writing is focused on the character interplay and the setting simply vanishes. Now, that might seem like a pretty intense conversation or interaction, but usually it ends up being a little boring and lackluster. We need to remember that a part of what readers do is create this world in their heads, so we need to throw them a little background information to fill in the setting. Otherwise, It becomes minimalist theater which, as too many people may know, can become very boring and lackluster. 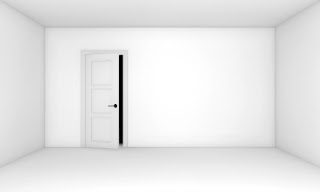 Now, this piece isn't about making sure your characters have things to interact with; that's pretty much been said. Rather, it is the importance of your characters having background as well, or at least you knowing about those driving forces in your character's history that push them to do what they do. Characters without backgrounds become similar to that white room, except the room is their personality. And, frankly, I think we all can recall times we've met someone or dated someone who doesn't really have any background context to them. Chances are, we weren't positively influenced by the experience.

By the way, there is a difference between knowing the character's background and having them discuss their background. Again, I am sure we have met people who lack personal boundaries and tell stories about their life in response to anything - that can be kind of grating, or perhaps informative, or something in between. We don't have to make our characters that outward to incorporate their background - sometimes the best characters keep very quiet about their past but the reader can tell it affects the character. At this point, the unknown draws the reader in, the urge to discover is activated, and the pages start turning. However, the writer better know why this is happening.

Think of a character who shows up at a bar to meet some friends. When they order drinks, he says, "Just water." This kind of unusual action immediately creates some interest because it's out-of-place, but at some point there needs to be a pay-off. The writer needs to know why well ahead of time. Standard reason: the character's an alcoholic. Or maybe that's what the writer wants you to think, but actually the character never drinks when he's about to get into a fight, and he knows one's coming. Maybe his experience with these friends often means he will be designated driver by proxy. Maybe he's on a cleanse. A million reasons why - the writer gets the luxury of teasing the reader, drawing interest, and playing the game page by page.

I always write a lot of backstory into my characters, and most of it never makes it directly into the final product. However, it moves the character to act in certain ways, and the reader picks up on that. In that regard, the characters actions are organic enough that they feel real and precipitated by something, and steers the character away from "White Room Syndrome."

Posted by James Pressler at 3:20 PM