As promised, I have returned from this two-day writer's conference just overflowing with renewed energy and excitement about writing. And of course, I fully intend on pouring all that into my next few postings. Having said that, I do want to make sure that I don't flood everyone with too much information in the first two posts, spend all that energy too quickly, and not have anything to tide me over for the summer. So I thought it best to approach this from the so-called 30,000-feet view, and focus in over the next few weeks. 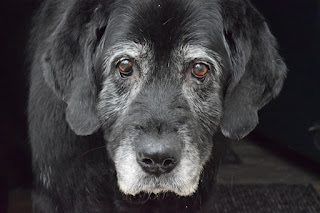 The excitement about workshops is that they are concentrated, intense, and intent on getting writers into a better frame of mind about a particular aspect of their craft. This is actually a pretty important part of the discussion, so I want to talk about the different kind of workshops out there, what to expect, and what everyone can get from any conference. Yes everyone. Even old guys like me.

This particular conference was about getting published, and this covers a lot of real estate, mostly from making your writing top-notch stuff to soliciting for agents/publishers to marketing your work and yourself. I have been running in this circle for a while, but I have indeed found that there were things I still needed to know, and things I needed to fix. For the people in this stage of their writing journey, these conferences do a few good things. First, they put you in touch with people in the business - editors, agents, and publishers who can become part of your network. And you get a chance to have absolute strangers see your work and offer feedback - brutal, honest, this-is-what-you-need-for-the-big-leagues feedback. Utterly priceless. Lastly, you get to share the common bond of the writer struggling to make it big. Misery loves company, especially when they can write about it later.

Now, other workshops cover different areas, and these are just as priceless. Lots of local writing workshops will often focus on the art of writing - how to create a story, the art of fleshing out characters and getting readers interested, polishing your work, and so on. These can cover a broad range of writers - from people who want to become a writer to writers who need someone to look at their work and sometimes just people who want to digest what other people are creating and thinking about. Sometimes these groups can be intimidating to the beginner, so it is always worth it to see if the group targets beginning authors or wants people to have experience. In either case, there is always something to gain.

The workshop I moderated in the pre-COVID era was one that motivated people to start writing. Whether these are people who used to write but fell out of the habit, want to write their story but don't know how, or just simply want to try something new, these should be open, constructive forums where people help each other move forward as writers. And I have been fortunate to witness several people enter such groups as curious beginners and grow into published authors. No matter how many times it's happened, it is wonderful to behold.

So, in short, if you want to get your inner writer some exercise, look around locally for writing groups and workshops, and see what meets your needs. At the very least, you will meet some new people with common interests, and there's a good chance you can learn something new. I know this old dog did just that.

Posted by James Pressler at 1:25 PM