No matter who we are, no matter what we read, every story demands a good fight. Everything from the simplest character sketch to the longest series benefits from a fight, and perhaps several. Fights are as old as the written word itself and have found their way into literature in most every culture. 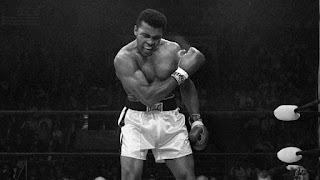 To be clear, my reference is not to the standard fight – punching, kicking, body slams, bloody knuckles and broken noses. The simplest understanding of a fight is conflict between two forces. This exists in most anything worth reading. The most primal example is the conflict we all understand – good versus evil. Classic literature is full of examples where this struggle pulls at the heart of the story.

However, the conflicting forces do not have to be such black-and-white opposites. An easy example is when many characters fight to control one item. The different sides may each have their own motives, but it is up to the reader to pick a side. This is best portrayed when the one item represents power, and the more powerful the better. Anything that can put characters into motion is a great way to get the conflict going.

Of course, blurring the lines between right and wrong makes the conflict more interesting. What about the conflict that arises when the pursuit of justice runs afoul of the rule of law? Authors of private-eye novels have never missed a paycheck following this formula, and neither has anyone who wrote legal thrillers, even though they approach this disconnect from opposite sides. And as for those books that show both sides, well, that’s some good reading.

And why should it have to be two or more characters doing the fighting? One character can be faced with a situation that challenges them deeply, making them doubt everything they believed. Internal conflict is very fertile ground for writing, as most every reader has experienced this intimately. The struggle between holding on to one’s values versus selling out for a big pile of cash? Taking the easy road or risking a new route? Sparing someone’s feelings or telling them a difficult truth? A character fighting to make this decision is still a fight.

When it comes to personal conflict, my personal favorite is when the character confronts an undeniable fact conflicting with their deepest beliefs. Someone finds out they’re adopted. An atheist faces God. A scientist discovers the Earth is flat. A rational person finds out professional wrestling is not fake. Such a mind-blowing, core-shaking, fact-erasing revelation forces the character to rediscover the world, to suddenly live in uncertainty.

This change doesn’t have to be destructive. The Harry Potter franchise is based on a child discovering a life he never knew existed. The young adult fantasy genre dating back to the 19th century is deeply rooted in the discovery of a new world and grand adventures. This is still conflict, but our main character is more than willing to embrace it (even though trouble comes later).

The most important part of conflict in writing, however, is that it shows us something about the character. Think about real life: We go about our daily routine, getting the same morning coffee, the same commute to work, the same job, the same route home, etc. This routine barely reveals anything except for whether the character puts cream in their coffee. Once change is introduced – the coffee store is closed, their car won’t start, their job changes – then conflict has been introduced and we see how that character responds. Twenty years of the same work routine is often far less interesting than the one day where everything went wrong.

So when you think about that big story, think less about the grand success the character will achieve and more about the battles they will have to endure, because that's going to be the meat of the story.

Posted by James Pressler at 4:37 PM