The New Style of Writing (for better or worse)

"I don't care what anyone says, those people are all TYRANTS!!!!!"

During my many adventures in editing, I have come across sentences such as the one above many times. Now, there's nothing wrong with it grammatically, and other than being a broad and perhaps offensive generalization, it communicates an idea just fine. Stylistically, however, it breaks a lot of the old rules, but is that necessarily wrong? Maybe it is, maybe not, but it is a good example of what writing is trending toward these days. 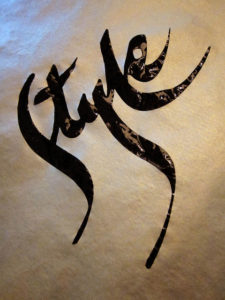 A bit of background: Back in the days before desktop publishing was commonplace, there were few options a typewriter could offer for emphasizing a part of a sentence. You could underline something, put a word in all caps, and multiple exclamation points were obviously possible. Bold and italicized letters required special effort to do, and were usually frowned upon in publications. (Needless to say, the word emoji didn't even exist as we know it now.) Authors had to be very selective in using special emphasis in their style, since it came at a cost. However, with the onset of desktop publishing, everything changed.

What used to be a typesetter's nightmare became commonplace. Bold and italics became as simple as Ctrl+b and Ctrl+i, respectively, and we could write visual emphasis everywhere and anywhere. However, just because we could doesn't necessarily mean we should. To look into this, let's go back to the sentence above.

The part of "those people" has that italicized word, which suggests the word is drawn out and implies subtext. Usually, a writer would try to create a scene where the subtext was implied through the character's behavior and mannerisms - show, don't tell. However, now we can do the telling by showing a word in italics. This is becoming more of the norm these days, but be careful. When we use italics to emphasize subtext, we miss the opportunity to fill in the character's personality through their actions. Italics can be a quick remedy that loses some long-term gains, so use them carefully.

"...those people are all TYRANTS!!!!!" Okay, here's where we get into a less obvious area. We all know the exclamation point and what it's supposed to do. When we see that, we imagine something being yelled. Fair enough. How much does that idea change when there are five exclamation points? Is it five times louder? When a word is put into all caps, is it yet louder still? Are the bold-faced words all markedly loud in their own right, with the sentence increasing in volume to an ear-splitting tirade made by a foaming-at-the-mouth, out-of-control, purple-in-the-face monster of a human? Maybe so, but highly doubtful. Unfortunately, this form of visual yelling is becoming more commonplace in amateur writing, and even creeping toward the mainstream, like it or not.

Using visual text cues is no longer a sin in the writing world - that's how things have evolved. However, they are still not a replacement for some quality description of someone screaming at the top of their lungs, pounding the table as they rant about those tyrants. If you want to emphasize a good scream, choose all caps OR bold type OR multiple exclamation points (yes, I yelled those OR parts), but always give a try at the writing part. Making a sentence look impressive is nothing compared to writing an impressive sentence.

Posted by James Pressler at 1:04 PM