One of my secret pleasures (or maybe not so secret) is trivia, particularly trivia contests. Naturally, I am a big fan of Jeopardy, I dominated in the days of Trivial Pursuit, and I have a pretty good record at team trivia challenges. Well, the other night I had a chance to go to a Halloween-themed Horror Movie Trivia Slam at a local bar. I didn't have a chance to round up a team, but I figured it was a subject with which I had some knowledge, so I took it on solo.

I now know what the Slam part means in Trivia Slam. I got slammed hard. 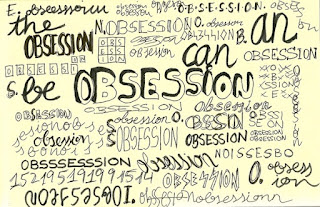 It was all in good fun, so I am not complaining. Fun people, good atmosphere, and home-brewed adult beverages all make for a good night regardless of the outcome. However, the depth with which these trivia questions went reminded me about just how intense any subject matter can get when we decide we're going to dive headfirst into it. More to the point, exploring the depths of any subject, while possibly sounding a little obsessive (it is), is a part of any writer's character (because they are).

I mentioned  in my last post, Common Traits of Nobel Prize Winners, that one notable quality of their works was depth, and that has a lot of variables to it. Depth can be driven by investigative curiosity, by a natural urge to know all the facts, or a drive to consume information about a subject. Whichever the case may be, the end result is a full and comprehensive knowledge not just of the subject matter, but the ability to make connections between different pieces of information by having a deep understanding of the content. Example from the other night: Who played the pharmacist in the movie, Thinner? Anyone who knows about Stephen King movies knows that whenever possible he plays a minor role somewhere in the movie adaptation of his works, so the answer was... Stephen King. Knowing the nature of the situation allows for deductions about the world you are obsessing over.

Why is this important for a writer? For a writer to create a convincing story, they have to know the details of their subject matter. Whatever they discuss should feel as familiar as their own heartbeat, and they should be able to answer any relevant question about their story's subject. In short, their obsession should result in a comprehensive study of the character. They will know the most remote factoids, like the name of the theme music to Halloween was "The Night He Came Home." That takes some real trivia power.

Now, does all of this need to be poured into the story you create? Hardly. The important part is that by knowing these things, the writing will naturally come out with a full, rich feel, and the characters will act and react in a very appropriate manner. The reader won't be left questioning why someone did something at a particular time, because the answer has been written into the character already. If the writer knows the character well enough, the reader will discover everything they need to know. Just like when we hear the quote, "It was always you, Helen," we immediately make the reference to the movie classic, Candyman. (Yes, this was a tough Trivia Slam.)

When done properly, obsession is a good thing. It allows us to have full, complete characters who seem multidimensional because the writer in fact knows them inside and out. Any good writer should not be afraid to explore a subject in detail and really dive into everything that makes the story move. The ideal way to think about it is to imagine if there was a Trivia Slam about your writing. If you know it well enough, you will win the Slam, and not end up like the trivia roadkill I became.