The Process: Turning the Idea Into A Bestseller (part 2)

In part one, I showcased how my personal process would apply in making the hypothetical autobiographical novel, “The Higher Education of James Pressler.” I built out the premise, laid out the basic plot arc, and demonstrated the three-act structure. And after all that, I showed how this wasn’t even close to being ready for writing. Not very nice, but let me continue. 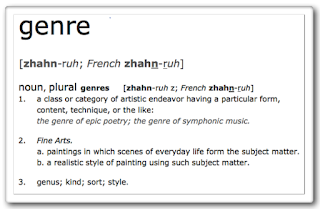 Once we realize what direction the story is headed, we need to consider some of the basic story elements that we might not understand before we know the story arc. What is the story’s genre? Will this be written as a coming-of-age novel? A grown man’s reminiscence about past mistakes? A dark comedy? A thriller? A mystery? These all require certain structural techniques, and this will guide every word we type. This story would have to take on a totally different shape to be a thriller versus contemporary literature or the young adult genre.

Sometimes this does not become apparent until we are well into the process of writing, and it can just as easily change in mid-process. I admit that I have started writing personal stories under the idea that they were tragic tales of my past, but as the words came together, I saw the humor in them. I saw the innocent stupidity of someone thinking they could grab the world by the tail, only to get thrashed about. Life lessons can be painful, but sometimes the story lies past all that pain. Beyond all that anguish there’s a very funny story. Maybe not, but that’s why we write out these things – to discover what we are really getting into.

Once we consider the genre, we have to think about mood. Thrillers can be dark or energetic; stories from our past can be moody, confessional, lighthearted or truly sobering. In that regard, mood is different than genre just as the tempo of music is different than the style of music. Our mood should be the beat for this novel, and I personally think this current work should be serious but lighthearted, not taking itself too seriously. That’s how I write my personal stories, but there are plenty of directions to go.

One of my favorite authors, Pat Conroy (The Great Santini, The Lords of Discipline, and many more), wrote stories based on his earlier years. Some were only loosely tied to the past, but his deeper works explored family dysfunction with writing that could be as painful as self-surgery. However, for him this was a healing process, particularly considering he wrote about problems he had with family members who were in fact still alive. The Great Santini was a scathing novel about living under the parenting of a discipline-obsessed tyrant, based on his own father. Despite the friction it caused within the family, in the end he said the writing brought him and his father closer together.

However, not all self-reflection has to be so brutal. Frank McCourt wrote the excellently depressing Angela’s Ashes, but I often recommend a lesser-known work, Teacher Man. This is a very fascinating story based on his life as a teacher, prior to when Angela’s Ashes changed his life forever. It’s insightful and honest, but without the emotional gravity that makes Angela’s Ashes such a difficult read. It also has a very short but incredibly powerful last chapter, but that’s for another time.

(Side note: Frank McCourt published his first book, Angela's Ashes, at the age of 66. Never tell me you are too old to start writing)

So now that we at least want to try writing with a particular mood and for a particular genre, we look back to our three-act structure and consider just what the ideal ending is. As I suggested in the previous post, perhaps the best conclusion would take place on the first day of college – the goal achieved, the story concluded. But now we have to think about the realization that comes with this. Coming-of-age stories usually keep the finale clean and to-the-point – mission accomplished. A dark comedy can come with any bundle of endings, and it is not uncommon to leave the character with the realization, “What the hell have I gotten myself into?” Nothing is more satisfying in that genre than the person getting what they wished for, only to realize too late that it’s not what they wanted.

We also have to consider if the ending communicates the real message of the book. So many times in life, we pursue a goal but gain so much from the journey that the destination looks different once we reach it. My personal realization from the adventure that brought me to college was that I needed to go through all that pain and suffering beforehand in order to appreciate what college truly meant to me (that would also play to the title, The Higher Education of James Pressler). But if that is to be the final realization in act three, I better make sure that I don’t give that away in act one and I actually include important lessons throughout act two.

At this point, we are ready to write – almost. We only have a few simple writing decisions to make, but these can make or break how this story will play out