The Process: Turning the Idea Into A Bestseller (addendum)

Now that we've demonstrated the process in the writing of my hypothetical autobiographic novel, The Higher Education of James Pressler, it’s time to introduce the next step – choosing fiction over reality. 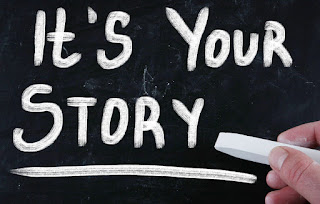 Nothing is wrong with our autobiographic example as it stands. It has conflict and tension, some suspense depending on the writing, a proper hero’s journey, and plenty of opportunities for character growth that would engage the reader. And depending on the writing itself, it could be pretty involved. However, would a story from my life be more interesting to others with a little fiction thrown in?

Of course it would.

However, if we take this step, we need to make sure we no longer call it an autobiography, and just call it a fictionalized autobiography. And in doing so, it might be easier to no longer call the main character James Pressler, but my alter-ego, Tom Jurick. The story can still be loosely based on my life, but now Tom takes my beating… and more. Pat Conroy made a career out of fictionalizing his life, so why can’t we?

The beauty of a fictionalized autobiography is that it allows us to explore the alternate world of “what if” and peek behind a few curtains. Even if we can never truly know how things might’ve played out, we can toy with the idea of what might’ve happened, and even get some enjoyment about seeing how something could’ve been. Have you ever been driving home when you thought of the best comeback line ever to something someone said two hours ago, and you kick yourself for having not thought of it sooner? With a little fiction on your side, you get to say that perfect line and reap the rewards.

Looking at our original autobiography plan, we can see some things that it might lack, and areas where converting it to fiction can ramp up the challenge facing our hero. For example, my real-life story did not have an antagonist other than what the world did to me and what I did to myself. I grew up with parents who were neither abusive nor alcoholics, and I am not complaining. But maybe Tom Jurick wasn’t so lucky. Maybe his story had the setback of a troubled home life, and parents who didn’t believe in him. Now the story has a couple of antagonists, and Tom lives with them. That’s a complication that adds conflict to every page.

And as for all the setbacks and challenges to the story – those can be turned up, rearranged, or made to be even greater than anything real-life did. My car accident did wipe out my savings and I had to start from square one, but I still lived at home at that point. However, poor old Tom Jurick was living on his own when he trashed his car, and had to run up some debts and fall behind on the rent just trying to get back to square one. Also, maybe his car accident was worse than mine. Maybe? Guess what – I decided it was.

One of this blog's readers reminded me of a good example of this, so I thought I would give it mention. Tim O'Brien wrote an excellent fictionalized narrative of his time in Vietnam called, "The Things They Carried." He writes this based on his experiences from the war, and even uses his own name for the narrator, but creates a fog to obscure what was real and what wasn't. He wrote the book to accurately portray the emotional and psychological experience of the Vietnam War, but without making any personal claims about anything else, other than maybe himself. In this regard it is emotionally honest, but factually thin -- and intentionally so.

As you can see, fictionalizing a true story can give it a lot more intensity and draw in the reader that much more. The challenges become harder to overcome, the stakes are higher, the cost of failure more damaging than ever. Our alter-ego can go through things that we might have never survived, and it all makes for a good read. Just as long as we make sure that the hero’s journey is still believable and the reader isn’t so dejected that they give up on the story, we have the makings of a great novel.

And we can still proudly claim that some of it actually happened.