Getting Your Reader in the Mood


“It is true that I have sent six bullets through the head of my best friend, and yet I hope to shew by this statement that I am not his murderer.”

Horror may not be everyone’s cup of tea, but it is one of the best places to find examples of foreshadowing – particularly in the case of establishing mood. And while there is ample room for debate on who was the best, I place my money on H.P. Lovecraft. For all his faults in storytelling, he could set the stage with one sentence. 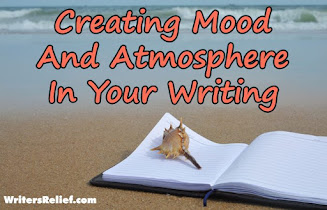 Mood, however, is not just saying or even showing, “this is horror” or “this is romance.” Hopefully, that part is a known factor before the story even starts. Mood is about the environment that sets up all the cues to prepare the reader for a particular experience. It can be as simple as the adverbs and adjectives used to fill out a scene, the attention to descriptive detail on the items that relate to the mood, or even the dialogue used. But it needs to fill in the emotional space to complete the experience, even if the experience is already expected.

When combined with narrative foreshadowing, the reader becomes firmly grounded in the story’s environment. Take the above quote as an example. From the first sentence, we are given warning of an upcoming event – a shooting – and yet so much more comes with. Someone confesses to killing their friend and doing so not with just one but rather six bullets, all while trying to convince us this was not so. It’s horror, but also confusion, a betrayed friendship, and at least some madness. The foreshadowing warns us of a friendship going south, but the mood here suggests the lead-up to the shooting will be a very dark and disturbing journey.

Grim indeed, but not the only application. This kind of description can also be used to create a very rich, real scene. Imagine a narrative about a jazz club. The first wave of description is immediate. A quintet is playing. Somewhere there should be an upright bass, a simple drum set-up, and a piano, with perhaps some brass in the back. A thick haze of tobacco smoke used to be common, but those days are long gone. But none of this (except maybe the smoke) is actually mood – it’s the setting. Mood is created with details that might not even add to the subject.

The mood comes in with the added features. How about the musicians? Are they dark-suited, heavy-set men buried under the shadow of porkpie hats, sweat pouring off their brows as thick hands squeeze soul from every instrument? Is there a silky-voiced woman atop the piano, long past her prime but still belting out every torch song in the book? Is the band just pasty-faced college students with flannels over pastel t-shirts, staring at their ankles as they drag Dave Brubeck into the Grunge era? Each of these creates more of a mood than a description of the music ever could. And once the reader feels that mood, their mind is now firmly grounded in that club.

Now, combining the mood with foreshadowing, you can set a very dramatic stage. If you want to set the stage for a tense, disturbing event, the details of the club can focus on the shadows, the unknowns. Musicians focused on their music but not seeing how they lost the crowd. The music played with a sense of urgency, as if the quintet wanted to end their set and get clear of the club as if a storm was coming that they didn't want to get caught in. This becomes a full, complete scene, established and filled out with merely a paragraph or two but creating a mood that will stick with the reader.

An appeal to the senses is always a good way to establish your setting, particularly if the description targets a particular sense and establishes mood around that feature. The jazz club example targeted visuals, but a more natural fit might be how everything sounded. And sound isn’t just restricted to the music. Sure, the musicians might be off-key, but were the instruments overwhelming the vocals? Was the crowd trying to talk with each other instead of listening? Was the place so empty that the few people in the crowd could hear the waitresses talking to each other by the bar? And if you want to appeal to smell, well… it’s a club. Most of the ones I went to smelled like someone put out a cheap cigar in a glass of gin and sweat. Take it from there.

I will just offer one last reminder about the purpose of mood. In a previous post, “The Emotional Description,” I discussed the importance of hitting the important details in a scene, of describing what mattered and what could be filled in by the reader. Now I add to that the contribution of mood. As we talk about those things that matter, we can now describe them in ways that contribute to our story. If we need to mention that a house is green, we can tweak that to enhance the mood. A good mood becomes, “The house was as green as summer itself, outshining all of nature’s splendor.” A dark mood uses the same color, but it becomes, “The bright green of the house was a distraction, a deception, drawing everyone’s eyes to the house’s siding and away from its windows and the secrets within.”

And now things are really rolling. It makes me wonder what could possibly make this writing any better? Well…