Style: Defining Our Writing and Breaking the Rules

Regular readers of this blog have likely grown used to the way I present different ideas. The comment follows a clear outline, the word count is between six- and nine-hundred words, occasionally sprinkled with my own life experiences. This structure works well for me, and when it’s used consistently, the reader grows used to it. However, the reader might also grow used to my style, and not realize that my writing style is full of little sins. 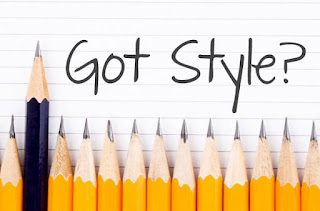 Sins? Yes. I commit grammatical rule violations, some of which would make an editor shake with rage. Occasionally when I offer a counterpoint, I start the sentence with “But,” which is shameful (the appropriate word is “However,” which is another discussion.) I occasionally slip into the passive voice when telling a personal anecdote. I have used fragmented sentences. Once? Twice? A dozen times? I also end sentences with prepositions, use contractions inconsistently, and often exceed the thirty-word rule for sentence length. And I also start sentences with “and” on occasion.

It took me years to learn how to break all these rules. I am not about to change.

The fact of the matter is that I learned all these rules first before I gained enough knowledge to break them (Thank you, Mr. Ozog, for teaching me grammar structure in high school despite my disinterest.) Knowing the rules is more than just understanding the discipline of the English language. It creates a baseline, a default setting to establish what everyone goes with. Then from there, we learn what each little rule violation does.

Take, for example, starting off a sentence with “But” instead of “However.” The latter word is the proper way to start a new sentence, while “but” is a conjunction, used to merge two separate clauses (Enjoy this clip from Schoolhouse Rock to better understand conjunctions.) The same sentence can be written either way while following the rules, and the result is pretty much the same. The fun part comes when the sentence is written in violation of the rules – the effect suddenly stands out.

Below are three ways of writing the same thing. The first two are grammatically clean. The third is not. Which one stands out?


The third example turns the indecisive action into its own sentence, no pauses from a comma, no follow-through from the preceding clause. It is abrupt. It stands apart. It highlights Jonah’s dilemma and gives it importance. It is grammatically sloppy but structurally important because it breaks the rules effectively.

Here are some rules that are incredibly important to understand, memorize, and practice, if only for the purpose of knowing how to break them later.


Here is how we break those rules effectively:


In each example, the rule violation is done to emphasize the particular mood. The drama is heightened because the reader senses something special is happening here – something so special that it was worth going against the rules. Maybe the reader sees it as a break in the rules, maybe not. The important part, however, is that the reader feels the heightened mood. If the reader feels what the author intended, then the passage is written properly – rules or no rules.
Posted by James Pressler at 4:40 PM