The Reality About Historical Fiction

I know many people who write historical fiction, exploring every era from the Bronze Age to the Dotcom era (yes, that is now part of history.) And within that category, a debate usually emerges about when it changes from writing for a genre to historical fiction. If I had an answer, there would no longer be a debate. However, I can offer some guidelines on knowing which is which. 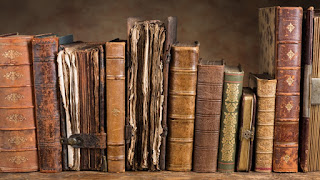 The real sum of the discussion comes to how much reality we want in the story, and how much we want to educate our readers. These two can easily be merged together, but when they run into conflict, it becomes the author’s choice as to which side wins out.

First and foremost, the author needs to have a fairly sound idea of any historical anchors that will be included in the story. If this historical discussion is about fictional characters traveling west after the Civil War, then the only mandatory historical anchors will be environmental – horses, covered wagons, different makes of rifles and so forth. These become interesting research pieces, but do not have to drive the story more than the characters. Most everything else can just be a façade of the western trails – Piedmont Ridge, the Wild Northern Plains, Remington Junction can all be landmarks even though none of them likely existed. That’s okay – our characters didn’t really exist either, so they would be right at home. The only environmental anchors that bind our fictional characters are those of history. If the characters settle down in the state of Arizona, well, Arizona wasn’t a state until 1912, so it’s safer to call it the Arizona Territory or do some research on names other than state.

The amount of reality we pour on our fictitious characters is now up to us. If our west-wandering characters go through a real town that has particular relevance to the author, there’s nothing wrong with making that place as real as possible. Including details, descriptions and even pictures of the town is perfectly allowable. The only real warning is to remember that the story is about characters. Before spending five pages describing Cheyenne in 1882, consider whether so much description would break the pace of the action. Maybe two pages is fine, or perhaps five pages spread throughout the chapter. Good historical writing should not feel like a history lesson, it should feel like a fully fleshed-out story that just happens to be in a particular point in time.

Now, if your purpose is to bring the reader fully into that era, you can introduce historical figures. At this point, your responsibility is to try and write them as sincerely as possible, which requires all that much more research. If you write about an encounter with Samuel Clemens (a.k.a. Mark Twain), it will be to everyone’s benefit that you have some understanding of the character and not just introduce someone spewing out quotes from The Adventures of Huckleberry Finn. Conversely, you can introduce a very esteemed but nameless author that you imply to be Mark Twain but never say so, thus letting you off the hook.

On the one end of historical fiction, I would offer Caleb Carr’s The Alienist as a very good example. The very name offers an introduction into its historical point – an alienist was the original title for a psychiatrist before the whole Freudian movement caught hold. Carr depicts New York in the late 19th century in all its gritty glory and brilliant disgust. It is very evident that he researched the works of sociologist Jacob Riis and others to recreate the tenement districts through the city, filled with fictitious characters who all fit that reality. The few historical anchors are worked in very well (including an appearance by Riis himself), but our fictitious protagonists and villain would never be found in a history book. New York City comes to life, though very little reality is ever involved.

The other side of this, however, would be something like Erik Larson’s The Devil In the White City (I’m from Chicago, so I have to mention this). This book is often considered historical non-fiction because it anchors itself on the underlying reality of its main characters, who conveniently have substantial documentation about their lives. The novelistic approach of this story – narratives knitting together individual events into one continuous story – relies more on the presentation of facts with presumptions to fill in the gaps. There is plenty of room for creativity, but very little for improvisation or telling the story that you want to tell (if it differs from the real story).

(I should also note that Larson’s more recent book, Dead Wake, telling the events around the sinking of the RMS Lusitania, is just as riveting for those who don’t want to read about Chicago and the nefarious H. H. Holmes.)

The most common form of historical fiction is when we write about our long-lost ancestors. True, they really existed, but unless their lives were as well documented as most national celebrities, any stories about them will have to be anecdotal or mostly built on assumption. While this makes the story fiction, it can still be very much anchored in reality. At this point, it is up to the author to find the best way to do justice to their family. And when it comes to the author’s personal story, well, that gets into writing memoirs. That will be the next post.

Posted by James Pressler at 4:40 PM