I have been having some good back-and-forth with some fellow writers about character creation. Our battlefield is a simple one: I say that to write a character well, you first need to know who that character is and what they are all about. They counter with a warning: Just because you know a character doesn't mean you can write a character. How so? Allow me to explain. 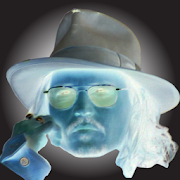 In a previous post (Character Building), I demonstrated how I needed to know my main qualities before taking the next step of writing stories about myself with depth and texture. I needed an inventory of those things that stand out about me - a gin-drinking, pool-shooting ex-smoker who is a passionate Cubs fan and gets anxiety tremors in his right hand. That inventory allows me to write about me in full. But is that enough.

My contrarian friends made an interesting point: Taking a deep personal inventory allows me to write about me; that's a given. Therefore, knowing any character's details allows the writer to flesh out the character even more. However, the real challenge comes when the character has important traits that are the opposite of what the writer believes. There's the challenge - can a writer produce an authentic character who showcases the attributes that the author does not agree with.

I started thinking about that. It's easy to write about me, but could I make the anti-me just as interesting? Could I write them with the same depth? Most importantly, could I do it without sounding disingenuous? My friends were right - there is a challenge in doing that.

Once we venture beyond writing about ourselves, we start creating people who are hopefully not just clones of our belief system. If I want other characters to be believable individuals, they can't all drink gin. Some might be sober and tobacco-free. Some are more socially graceful, or even extreme extroverts. Some may not understand nor care for things like shooting eight-ball or other activities.

Now, these might seem like simple changes in the character, but they are not so easy. Try taking your five most deeply-held beliefs, then writing about a character who carried the absolute opposite traits. Make them stand out as much as your personal qualities would shine through. There should be nothing inherently wrong with this character's story - they just have the opposite beliefs as you. Write five pages about this character, then read over the narrative. See if you believe it.

Often when we write such things, we insert our opposing traits as flaws or sources of comedy. A character who does not carry our beliefs is inherently not to our liking, so the narrative becomes a place for criticism. However, a good writer withdraws themselves from this, and tries to make that character stand out on their own merits.

At the end of the day, we are writers, and we write about people. All shapes, sizes, colors and brands. As we develop our skills, we learn to invest ourselves into them as our own creations and appreciate them like our own offspring. We become amazed at the complex beings they become, and even as we try to influence them, we know that they are our unique creations, and we will be proud of them no matter what they turn into.

Even if they become Sox fans.
Posted by James Pressler at 12:02 PM