Emotional Capture – Put the Rage to the Page

We get some real good snowstorms in the Chicago area – windy ones sweeping in off the Great Plains leaving waist-high drifts across the roads, heavy storms coming down from Canada and setting off bursts of Lake Effect snow over the city, and soggy monsters sweeping out of Minnesota and hitting us like a wet snowball. All of us Chicago natives grow used to this, but we know that somehow, in some way, at least one part of the storm will leave us furious.

And as a writer, it is my job to turn it into words. 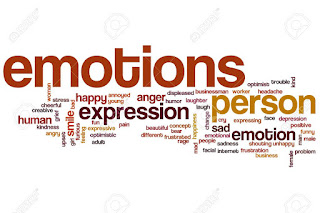 It might not seem like a new idea to write about things that bother you. I am sure that shortly after language was developed, the first civilized people would write, “That Grosh took my tools! He is such a hunter-gatherer! I bet his mother was a Neanderthal.” Those words likely did not settle the situation, and Grosh never gave back the tools, but the author took a big step that day – he turned his emotions into words.

What does that have to do with our more advanced writing? We discover things when we write from a very emotional place. When we put the rage to the page, we give up our restraint and expand our range. We venture toward places that normally we would hesitate to approach. Our emotions can take us in directions we normally turn away from, while keeping us safe in the constraints of our words.

A while ago, a deer jumped in front of my car on a country road. I can’t tell you the deer’s motivation, what it went through in that moment passing before my headlights, or what it thought after bouncing off my car then hippity-hopping away with a few pieces of my headlight in its haunch. But as I looked at the damage it caused, I knew that deer just cost me my deductible. That rage was mine alone, so I put it to work for me.

Did I write a scathing essay about the out-of-control wildlife around my town? A toxic poem about the high cost of car repairs? A narrative about a handsome, courageous driver who gets pushed too far by the local deer population and carries out his gruesome revenge? None of the above. I just started writing about the things we control in life and the things we only think we control. It wasn’t a masterpiece. It wasn’t a brilliant stream-of-consciousness discussion of life’s mysteries. However, it opened up a few insights to me about my writing structure and how I build out ideas. It reminded me that when I explore a topic, I often go inward until I find one detail that can anchor the most important parts, then I drag out the meaning from there.

Maybe with some restructuring, rewriting, and some deep polish, I might make it into an essay. Is that necessary? No. I’ve already learned something from the emotional exploration and that’s a win on its own. If I choose to explore it further, there might be something more to gain. Or maybe I can read it later and be reminded of my state of mind when I was wound up in the emotions of the deer incident. The important part is that I channeled emotions into creativity, and by capturing that moment with words, I can go back to it and awaken that feeling again for anything else I write.

And as for the whole Chicago snowstorm thing, well, we had a doozy the other day. After a lot of shoveling, I cleared my driveway enough to free my car. As I was backing out of my driveway, the plow came by, blade deep into the snow. I stopped just before the curb, leaving the plow to literally throw three feet of freshly churned snow/salt onto my car. Three days after getting my car back from the body shop, and it’s buried by plow snow when I am rushing to catch a train.

Boy, did I have some things to write about.

Posted by James Pressler at 2:41 PM