I am sure that it must seem like Theme Month on this page, because most of the posts have been chasing that concept around. Well, it’s an important one, so it’s worth a few mentions. Themes create a cohesion that holds a story together even when the plot shifts around and dramatic changes send the characters in new directions. Themes holds the reader on course. 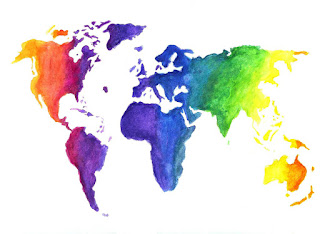 Now, when it comes to introducing themes, it’s fair to ask how many there should be. Good question. Thematic writing started off with one or maybe two important notes, as witnessed in the early ballads and sagas of long ago, then went theme-crazy and filled the pages with way too many sub-ideas. Somewhere in between is a good balance.

Enough with the history lesson. With an 80,000-word manuscript, I most often hear three to six thematic elements should be incorporated, as they are manageable and easy to map (we’ll get to that soon). These elements should be captured as ongoing feelings, thoughts, or moods that play a role in the main character’s decision-making process. They should be reasonably specific – broad themes such as “anxiety” cast too wide a net. However, a character with an ulcer that flares up when there’s too much anxiety narrows it down, and the theme becomes that character’s sensitivity to anxious situations. This is also a built-in tool for bringing that point out, as it can play a direct role in one character’s decision-making process. The mention of antacids, nausea, or simply saying “His stomach hurt” immediately calls up that theme, reminding the reader about everything that comes with it.

In my current work, Small-Town Monster, the main character, Richie, has had difficulty managing stress since high school (and has the ulcer mentioned earlier). This is clearly not enough for a plot, but it influences the character so I am labeling this theme, “The effects of stress.” Other themes include “Damaged relationship with his father,” “The ex-wife situation,” “Trying to be a good parent,” and “Living with the past.” It’s a handful, but they all tie in to each other, so that helps. Furthermore, they are easy to map (I told you we’d get to this).

Mapping themes is a way to ensure that no ideas get left behind and the pacing remains consistent. It can be done while you are writing or after you finish a draft, as long as it is consistent. The process is simple: Whenever you write a sentence that appeals to one of the themes, highlight it. I use a color-coded system for visual effect – red, green, blue, orange and yellow – to make it pop from the page. If a sentence hits on multiple themes, mark it multiple times. And do this for the entire work.

(Pro tip: Most word processors have a Find/Replace function. If a theme centers around a particular keyword – a proper name, a medical condition, or some catch phrase – you can replace all events of that word with a highlighted version, mapping 400 pages in a manner of seconds)

Once you’ve color-coded your themes and highlighted your manuscript, flip through the pages. Let every page flip past quickly and enjoy the breeze, but look at the highlights on the pages. The color-coding should go by in a blurry wash, but there should always be some red, some blue, some whatever passing by. If you notice gaps where that red doesn’t show up, it means that theme is not being brought up for a while, and the reader starts losing their touch with it. At that point, it’s worth looking over those red-free pages and asking yourself if there is any space to just offer a reminder about it. At that point, just one little sentence will stand out like red highlighting on a white page should stand out.

(Pro tip: Setting Page Preview to put two or four pages on the screen then paging through them does the same thing but saves a lot of trees.)

As a note, a theme doesn’t have to be present to be there. Sometimes even just the awareness of that element is enough. If Richie has a few good, relaxing chapters with low anxiety and no ulcer problems, will there be a gap because that theme isn’t referenced? Well, the problem might not be referenced, but that doesn’t mean the theme has to be left out. If Richie merely has a good meal then realizes he doesn’t need antacids afterward, that counts just as much. I mentioned earlier the value of a line such as “His stomach hurt” to reinforce a theme. IF that note is played enough, then look at how much energy comes from the one time that line becomes, “His stomach didn’t hurt.” Four words of awareness generate more interest than all the other times he whined about his stomach.

Some chapters might weigh heavily on a particular theme – the one about Richie’s ulcer surgery has that whole idea baked right in, and that’s fine. If our music is too loud, we know the stereo is on; the silence doesn’t tell us anything. And by mapping out our themes, we get a good visual representation of just how our themes play out.

Posted by James Pressler at 2:39 PM