The Purpose of Themes

When I was much younger, I said I would know when I truly succeeded in life when I had my own theme music. Let’s face it – the real successes in this world have theme music. If I just hum a few bars of Superman’s theme, you immediately think about him or the actor you enjoyed playing the Man of Steel. All the comic heroes are known for their theme songs in the movies or on television. Characters are even associated for music that isn’t their specific music – The Imperial March starts and we think about Darth Vader. Even non-heroes come to mind when a familiar chord is struck. You might not know who performed the theme song to Friends, but now that I’ve said it, the song is in your head. 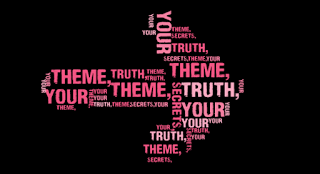 I know this talk about music doesn’t really seem like a good fit for a writing blog, but it’s the subject that matters. In writing, a theme is the sound, lighting and background for the story. It does not have to leap off the page; it can be as unassuming as the background setting. The reader takes it in without a second thought, but as the story progresses, the elements of that theme are constantly reinforced. And when something about that theme changes – when that unassuming background shifts – the reader is moved without even knowing it happened.

The 19th century was full of literature with thematic elements. In my opinion, Emily Bronté’s Wuthering Heights does the best job of its era for incorporating environmental elements into the characters, but its subtleties might not be everyone’s style. Rather, it is easier to demonstrate how to tie in ideas with characters to create distinct reader cues.

Back in my youth, I had a supervisor who was a very nice guy, who we shall call Dave. Always smiling, good for a joke, and had a genuine respect for minimum-wage kids like me. We worked in a very noisy area, often yelling across the huge open rooms to get each other’s attention, but this was good. Noise meant things were busy. Noise meant work, and work meant I got paid. The association was simple – a hectic, active environment with a supervisor joking around while we worked our tails off.

This environment is how I got to know Dave. It became my frame of association. When I walked into the lab and heard that noise, I felt comfortable. At ease. I knew Dave would drift by, flowing right along with the controlled chaos of my work day. My blood pressure was probably ten points lower when I was in that element.

One day, I screwed things up. Not a major disaster, but definitely not my proudest moment. Big, smiling Dave came to my bench, but now everything fell silent. As Dave looked over the destruction I had created, he smiled, but he was no longer happy. Worse yet, I could no longer hear that loud workflow all around me. I could only hear Dave’s molars grinding together, his face reddening, jaw locked into this angry smile. The silence was all around me. No secure noises, no happy chaos. Everything familiar was gone, along with the Dave I knew and joked with.

Now, a story involving that incident has some great thematic elements to work with – in particular, the comforting noise of the workflow and the comfort it gave me at my workbench. When I write about me in other situations, I can then use the cue of surrounding noise to demonstrate being comfortable in that environment. A noisy environment suggests a happy character. Then, when something happens that puts the character on edge, the writing showcases the silence. The stillness in the air. The absence of all comforting things. When the writer describes a hush falling over a room, the reader should anticipate trouble like a storm on the horizon. The reader should know it before the character does, and then fear for what is about to happen. At that point, the simple background theme is dominating the scene without even being there.

Using a particular theme does not have to be done for dramatic effect. In the next post, I will discuss the other strength of thematic writing – providing character depth without breaking from the story.

(And to Dave – I seriously had no idea a workbench could catch fire that quickly. My apologies.)

Posted by James Pressler at 1:21 PM