I have been exploring different character types and figuring out how to find their most interesting parts. In particular, I have focused on anti-heroes, and what can make people want to read about people we wouldn't want to meet in real life. (For a primer on anti-heroes, check out an earlier post, "Anti-Heroes: When Even Death Can be Cool"). But this brings us to the main point - what makes a character enjoyable to the reader? 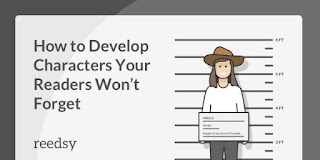 Instinctively, writers put down first drafts of characters that are mostly their virtues: loyalty, unchallenged honesty, a well-defined moral compass. These are all good qualities in a protagonist, but do readers really want these characters? Such characters make for easy heroes, but how long can that last? If a character is unflinchingly loyal, does the reader ever feel a sense of suspense about that character breaking a promise, or turning on an ally? Is there a lasting tension within that character's situation if we know they are morally bulletproof?

Tension - the most important part of any story - comes from questions in the story that the reader wants answered. When the reader questions a character's motives, the tension drives them to read a few more chapters in search of an answer. Therefore, the more readable part of a character is their weak spots. A character can be honest and sincere, but when the reader sees that character pulled away from those values, the interest escalates rapidly.

On that note, another important part of any character is depth. For whatever trait a character might have, the reader becomes attached to it if they understand where that quality came from. If a character will never tell a lie, well, that's fine. But if the reader learns that the last time that character told a lie, it set off a chain of events that cost him a friend, then the reader becomes invested. They understand the importance of this trait, and how the character values it. Not every trait needs its own backstory - sometimes people just don't lie. However, if it is a trait that becomes a point of tension in the story, then giving it depth places a higher price on that value being challenged.

Dimension also holds value for any character, but in a different way. Dimension is giving a character those qualities that might not be critical to the story but make the character feel real. What is their favorite color? Favorite drink? Do they drink? Smoke? Ex-smoker? Cubs or White Sox? Maybe they don't like baseball, or don't understand it. These are the little things that the reader can associate with, that the reader will read and see in themselves or in their own friends. At this point, the reader knows a little inside story about the character, even if it is just an incidental thing like they enjoy red wine with fish.

Once these qualities are brought out in a character, then that person becomes memorable. At that point, the reader wants to see where the story goes, and they want to join this character in the adventure. And at this point, the lead qualities of the character do not have to be honorable things like loyalty, etc. If a character isn't perfectly honest but they have the depth and dimension, then we see them as human - prone to faults but still someone we would want to hang out with.

At this point, it should be clear that even anti-heroes can become readable once they have those other qualities put into place. They become real, and they become very relateable. The reader stays with them, even if it is just to see if they get away with their plot. So, in short, what makes a character a readable one is a very simple trait.

They need to be written like humans.
Posted by James Pressler at 1:02 PM