Fitting Characters Into the Story

Hopefully after the last post, we can all agree that characters need a story to survive. As writers, a lot of characters come to mind - the people around us would make ideal parts of a book, as would those people we dream about, cobble together from a bunch of notes, or whatever. I grew up with a lot of characters, and they would all be worth a spot in a novel (whether they were on the good or bad side of the story is for another post.) Characters are everywhere; we just need to find the ones that inspire us.

But how does this work if the story comes first? 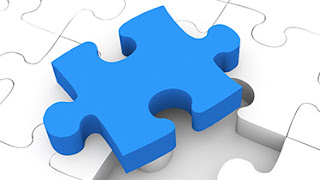 Often, the idea can come to us not from the character but rather the story itself. Take a look at the classic novel, The Lord of the Rings. From a story perspective, this is an epic power struggle with our characters facing a rising and potentially unstoppable evil, and the seemingly impossible mission to destroy it. We see this story in its many forms, usually with good triumphant in the end, but that's not important. What's important are the characters that play out this story. Finding the right ones is not an easy task.

Once we know our story, our choice of characters can make or break it quite quickly. If our saga demands that our hero cross the entirety of Middle Earth, do we want them to be a well-traveled, world-wise person? Where is the fun in that? What draws the reader into The Lord of the Rings is that our main character is Frodo, just a hobbit; one of a bunch of mostly unimpressive people more concerned with eating and smoking and farming the lands of The Shire. Frodo dreams of adventure, but he has never set foot outside the Shire. So now, placing this cross-country, life-or-death mission in the hands of someone hardly prepared for us engages the reader. "How could he ever do that?" the reader will ask themselves, then turn the pages to find out.

So once we have our story, the writer's mission is not to find some characters who will fit. It is about finding the characters that do not fit, that are out of place, that would be the last choice for the mission at hand. The supporting characters can be far better prepared, but our hero will still be the focus and the reason things are not so easy. This will create a constant tension that keeps the reader attached.

Of course, the supporting characters cannot just be in charge of rescuing our hero. If they were so great, maybe they should do the mission instead, right? No, they should have flaws too, perhaps shortcomings that create obstacles down the road. Frodo received a lot of help, but while they were of great assistance, they brought their own damage - selfish motives, guilty consciences, underlying greed, a genuine reluctance to join; the list goes on. Now they are supportive, but ultimately bring more conflict beyond the core plot.

Once we have the awkward main character and the dynamic but flawed supporting characters, they all give each other a chance to evolve. Our hapless main character can learn from their examples, but also help them overcome their own weaknesses. In this regard, we see our protagonist grow into the hero. By the time he hits that point, we think back 300 pages to where we wondered how he could ever accomplish the mission, and all we can say is, "Wow, he really did that!"