To Fiction Or Not to Fiction?

Did you ever read that story about how my high school Class of 1985 spray-painted its legacy on the domed roof of the gym? How about when my friend got his driver's license and the first car he drove was a stolen cop car? Are you familiar about me blowing out my knee so bad while playing football that I have a life-long wobble in my step? I've written about all of these. The most difficult part was deciding whether or not the story needed to be fiction or non-fiction.

This may sound weird at first. Writing about a critical time in life seems like a natural opportunity to face the truth and go into full confessional, and that's okay. Maybe some names get changed to protect the identities of those who prefer to remain unknown. But there is no problem with writing what happened, explaining your role in it, and revealing your revelation afterward.

But sometimes we can do more than that. More to the point, sometimes going in the fictional direction explores the parts of the story we were too scared to think about. 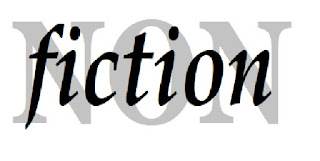 I wrote a story, My Uneventful Death, which explained in detail the circumstances surrounding a near-fatal car accident I was in when I was eighteen. (Spoiler: I lived) My recollection of that moment is very distinct, with sensory details that are tattooed on my mind. My thought process was distinct, all the hoops my mind jumped through from the moment the car stopped moving until I reached the ER spread out clearly and concisely. It was a pretty good short story.

Then I explored its revelations by writing a fictionalized version. By writing down the story as it happened, I realized the scariest part of that accident was becoming fully aware of my mortality. I had been granted a taste of death after life, and now I sat with that realization, alive but aware that it was a limited state. My next death might be slow; it might be soon; it might be entirely unexpected or it might make itself known well ahead of time. I now knew it was inevitable, but I still didn't know when.

That's when it became time to take a fictitious route. I could still mine deeply into my own experiences, but by adding elements that reinforce the greater realization, the story becomes more dramatic. Instead of the accident happening to an eighteen-year-old busboy, maybe a thirty-year-old husband and father of two. Now the stakes of dying are much higher, the realization carrying that much more gravity. The accident could be much more dramatic - a catastrophic wreck where it's a miracle the driver survived. Maybe the driver is injured just enough to genuinely fear for his life, thus providing more appreciation for life and also a greater fear of "the real thing."

When writing for personal catharsis, the truth - a brutally honest self-examination of the facts at hand - is an amazing thing to write about. The power of that kind of communication can be dizzying. In my post, "Should I Write This?" I talked about finally writing about my father's death and how the outpouring of truths was breathtaking in the revelation. However, I also mention that I never used that piece, but I did create a fictionalized version in a current manuscript. I let the personal revelation help me grow, then used a very rich package of emotions to give a depth and intensity to another character who did not have as much life experience because he was fictitious.

It boils down to a simple question: Who are you writing this for? If you are writing it for yourself, or writing it to explain yourself to an audience, stick to the facts but explore them intensely. However, if you are explaining an emotion, feeling, or experience where the feelings are more important than the details, fictionalization has its role.

And be careful with names. Those who painted "Class of '85 Rules" on the dome roof should forever remain the anonymous heroes of my high school.
Posted by James Pressler at 12:06 PM