Perspective: the Reader vs the Character

Alfred Hitchcock offered a very nice description on the difference between action and suspense. First, he said, picture a scene with two people, sitting at a table, talking about nothing in particular. After five minutes, a bomb underneath the table explodes, destroying everything. That's action. Now take that same scene, but before you introduce the two people, spend five seconds showing someone placing the bomb under the table and setting the five-minute timer. Then your two people have the same conversation in the same place, but it's a different scene entirely. That's suspense. 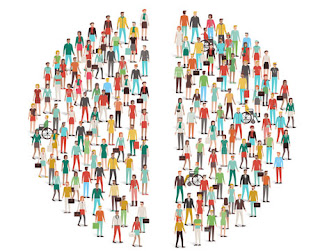 If we wrote Hitchcock's example above in narrative form, we would pretty much offer it in chronological order, but we would need to retain an outsider's perspective, or at least switch from one to another. If we stay in the perspective of the bomber, we know everything and the tension vanishes, so we need to switch to the perspective of someone at the table. Now the information disconnect is complete. The reader knows the bomb is there, but the character does not.

This is a common route in the crime mystery genre. We take the role of the protagonist investigating a series of break-ins, assaults, murders, whatever - and see how this person operates. But at some parts of the story, the point of view changes to the criminal. We don't need to reveal their identity, but we start showing the reader parts of their motivation, history, pattern. We can even show the reader what the criminal's ultimate goal is, and how it might actually involve the investigator. Then, when we go back to our protagonist, we study their actions closer. Each time the writer switches perspective, they bring out something new in the story. More than a new crime, a new victim - new information. We build and build until its time to bring the two stories crashing together - maybe when the the criminal follows our protagonist home, sees where they live, sees the spouse and the children... and takes notes. The reader now has too much information to put down the book.

Another route to take is to offer information out of sequence - the "alinear" storytelling often used in memoirs and stories from a consistent, first-person perspective. The story introduces our protagonist in a dark room, holding a gun, standing over a body. Not much information about the victim - just name, looks, and a few gunshot wounds, but no what, when, or why. The next chapter then takes place one day earlier, and our protagonist is having lunch with the soon-to-be victim. What?! Now that the reader knows this extra information in advance, they want to know how the story fills in the blanks between A to B. Did our protagonist shoot the victim? Find the victim like that? Set up the victim? Did our protagonist pick up the lunch check and say, "You get it next time," and now he's out $11? People will read it through.

The most difficult one to write is when the perspective is all from the main character, without any alinear jumps. As we walk in their shoes and look from their eyes, the information would seem to match perfectly between reader and character. That is when we create the disconnect between what the character sees and how the character interprets it. Interpretation is very individualized, and if the writer plans it carefully, they can write a character who is very believable, yet totally unaware of what the reader can plainly see.

Let's take our practice character, Tom, and put him through the wringer to show this. He is an industrious man in his late 20s and involved in a happy relationship. His girlfriend has started working a lot of late evenings lately, so Tom uses this time to get some extra work done at home. His girlfriend also talks quite glowingly about her new manager, who is supposedly a nice guy, so Tom is glad she is happy at work. And now she has to do a working weekend out-of-town now and then -- cell phone off -- so Tom uses this time to catch up with his friends back home. A very nice situation to work with in a story. The information, however, is left to interpretation:
Tom: I have a pretty good life.
Reader: She's clearly cheating on you!
Again, this is difficult to write. Drop too few hints and the reveal doesn't seen to fit. Too many details and Tom seems too naive to be believable.  But the reader takes a different approach than the character, and starts looking for areas where the character is missing the cues. Maybe the reader is right, maybe not, but the reader has now engaged in the story. They live in the character's mind, but they now want to discover how this all plays out.

And that's what the writer is supposed to create.
Posted by James Pressler at 3:12 PM