The last post discussed different ways to package and present our dialogue for best effect. That is the external discussion - the presentation of the situation. Now we can take it to the next level, which is deciding what is worth putting into dialogue, and how to make conversations move the story and still sound natural. 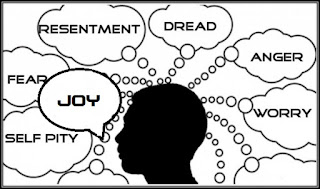 We all know from personal experience that as simple as dialogue is, we self-edit a lot of our thoughts before saying them out loud. We consider the situation, the circumstance, what we feel like sharing, the kind of day we are having, and so forth. Most of what comes out of our mouth has endured severe editing beforehand. (Think about what happens when you speak before you think - the story goes a different direction very quickly) All this internal review is unspoken, but think about what happens when we find a way to use it to enhance our dialogue. Here's a before and after:


Tom's boss peered over his cubicle. "How's your day going?"
"Fine, thanks," Tom said with a smile.


Tom's boss peered over his cubicle. "How's your day going?"
It was already a mess. No sleep last night, an upset stomach, he accidentally put on mismatched socks, his statistical models insisted the answer to anything was always 7.3, he needed two more hours to finish a task due in an hour, and now his boss wanted to make small talk.
"Fine, thanks," Tom said with a smile.

Not only does the narrative fill in a lot about Tom's day, but it also shows his personal editing process. The contrast displays his busy day as well as his willingness to bury that stuff away instead of discuss it. This expansion shifts gears from the first example, which is exactly what an observer would experience.

This works when we are discussing the dialogue from our main character's point of view. However, how do we do this with characters outside that perspective. In the above example, how do we show the boss and his internal editing process? From Tom's perspective, we can't do it outright. We can only offer a version of it, most often one that in this case would be interpreted through Tom. However, we can also offer cues within the dialogue and description, then allow the main character to interpret it their way, which might not be what the reader thinks.

What if Tom's boss doesn't just pop up, but approaches slowly, fidgeting with his coffee mug as his eyes look everywhere but at Tom. Even though he says, "How's your day going?" the reader now senses that the boss is doing his own self-editing, and something is lurking under the surface. Then, as Tom thinks about his bad day, the reader realizes he is not picking up on his boss's visual cues. A miscommunication is developing, and the reader gets drawn in. Both parties are hiding something, but now the boss might have something that will change Tom's situation. Trouble is a-brewing.

As a writer, we should think about some basic components before we lay it out: What is the purpose of the conversation, what thoughts and ideas need to be communicated, what are the characters supposed to walk away with, and most importantly, what is the reader supposed to discover that the characters might not realize? The last one is easily the most important, as it will add to the tension of the story, and will be discussed in the next post.

Posted by James Pressler at 1:19 PM