Being A Better Writer

Through the various workshops I attend, I have met a lot of people who can become good writers. Unfortunately, it is also fair to say that most of them will never become good writers. Usually, it has nothing to do with effort. These people write consistently, try new things, and have the discipline to pursue the goal of being a writer through good times and bad. Yet, they are not willing to do the one thing required to be a good writer, and that is, they are not willing to get better. 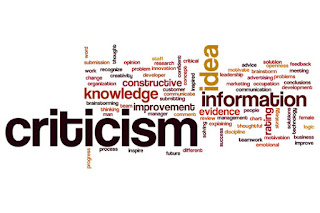 This may sound like a bunch of wordplay and technicality, so let me expand a little. When I started out as a writer, I proclaimed myself as the best unpublished author around. I had written many things, and each one gave me an inner warmth from that sense of creating a perfect story. I had received compliments and so forth, so how could I not be a good writer? Maybe I wasn't the best, but dammit, I was good.

That lovely fantasy came to a painful end when I attended my first workshop. It didn't have anything to do with the other writers - they were very good in their own right, but that did not diminish my writing. Rather, once I presented my first piece, these people had the nerve to tell me that - brace yourselves - it was not perfect. And I am not talking about typos or missing a semicolon - this was some structurally flawed stuff. I used the passive voice. I shifted points of view. Characters did not have depth and dimension. For all intents and purposes, the review gave me a sense that I was NOT a good writer.

For beginning writers, this is where it all counts; the rubber hits the road at this very moment. At this point, a writer can get defensive, panic, insist that everyone else is wrong or doesn't get it, or any other excuse to save them from reassessing a situation, or they can become a better writer.

As difficult as criticism is, it's priceless because it informs us about what readers see, versus when the writer creates, and the reader is just as important as anyone else. As a beginning writer, we need to have an open mind, and take in as much as possible when it comes to criticism - as long as it is constructive. Most workshop members want to help each other become better, so it helps to listen.

The only caveat I offer is a simple reminder: When your mind is open, people try to pour a lot of crap into it. By this I mean it pays to make sure you don't just change your style to obey another writer. While most criticism is constructive, some of it is less helpful than others. Be careful of criticisms that have the following traits:


The one thing that all constructive criticism has in common is that it is a discussion of styles, rules, and structures, not opinions. If someone doesn't like your work, that's their opinion. If someone can show how the structure can be shaped to make a better point, that's constructive. People can even start off with, "I felt...," but as long as it leads to a lesson, then you can build upon that. With that, you get better. Inevitably, this leads to being a good writer.

At that point, you can become the critic, and you can offer the constructive comments that made you get better.
Posted by James Pressler at 12:56 PM