Smart characters fill the literary world. We start with the adventures of those wonderfully brilliant Bobbsey Twins, then Encyclopedia Brown, the Hardy Boys and Nancy Drew, and eventually we follow Sherlock Holmes, Hercule Poirot and Miss Marple. We watch these characters show off their genius as they figure out problems and eventually solve mysteries, often in ways that amaze the reader. We read in wonder as these characters do what they do so well. As we become writers, we want to create characters just as brilliant. However, some beginning writers come to an immediate roadblock - how do they write a character who is smarter than they are? 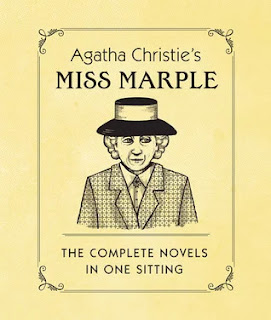 Intelligence is very difficult to portray on its own - particularly in fiction - if the character is smarter than the writer. Many other traits are easy to portray in their extremes. Amazing strength was not a requirement to write about Superman, just as the author was not required to be faster than a locomotive, etc. However, intellect is very difficult to portray with a sense of balance. Without delicacy, the character can sound awkward, fake, or worse yet, just plain unlikable.

The trick begins with the realization that intelligent people don't need to act intelligent or tell people how smart they are - it usually broadcasts the wrong message. If someone tells you they're really smart, they have an IQ of 150, they got straight A's throughout college, does that sound like intelligence or bragging? A character broadcasting those things actually tells the reader more about their ego than their intelligence, so sidestep the obvious.

A good step is presentation. In literature, we learn about a character's smarts more through their actions. Sherlock Holmes was notorious for doing odd things, then offering an explanation for his behavior that offered insight into how his brain worked. The reader now understands that he operates differently, and the difference produces results. If a person says they prefer eating quinoa to peanuts, then explains the comparative benefits of the nutritional composition of quinoa, we now know that his mind churns through a lot of information - perhaps too much - with even the simpler things in life. (And the reader doesn't even need to know what quinoa is.)

While mannerisms bring out the uniqueness of the character, environment can play a role. What are some simple things in that character's life that show how they work? Think of just an average person working a simple job and living in a studio apartment, but that little place has shelves filled with books. Not like a hoarder; these books are kept in order, categorized, most have dog-eared pages, and some shelves have books exclusively in French, Latin, or languages the average person does not recognize. You know virtually nothing about this character - not even the gender - but the books now suggest depth and dimension.

The biggest reveal of a character's intelligence, of course, is problem-solving, which is why the detective genre is a natural fit for the clever character. However, all the writer has to do is come up with a problem, a solution, and a clever way to uncover the details that lead to that conclusion. The writer just needs to understand that one situation, then let the character show off the brilliant way they find out all of the twists and turns.

Writing a genius character doesn't require a genius. However, once a character looks like a well thought out genius, the writer looks like one too.
Posted by James Pressler at 12:19 PM